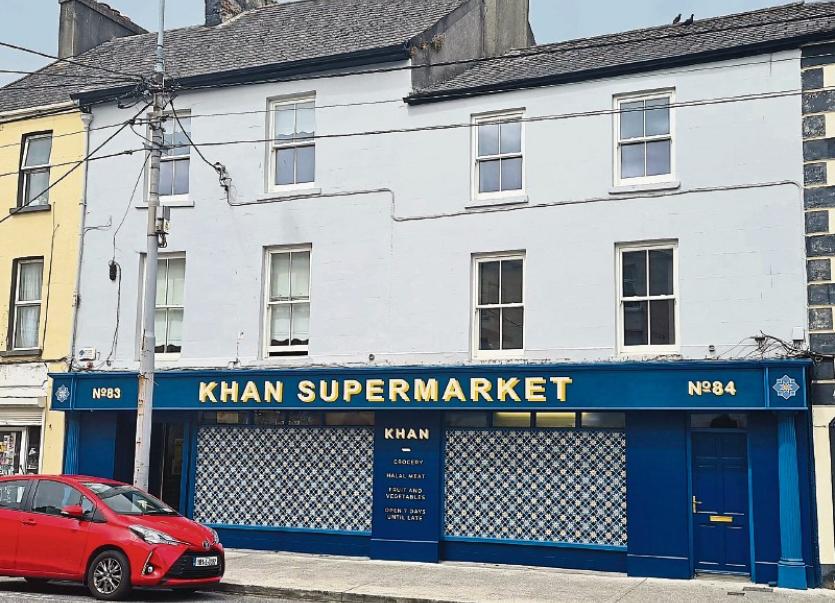 COUNCILORS have endorsed plans for the local authority to develop a strategy which will see shopfronts forced to meet minimum standards.

Members of Limerick City and County Council met to discuss the local authority plan which is the blueprint which will govern the development of the county over the next eight years.

And following a proposal by Fine Gael’s northside councillor Olivia O’Sullivan, an​ amendment to the plan was passed which it’s hoped will “ensure a high quality design and coherence in the development of shopfronts through Limerick”.

Many councillors have previously complained about “cheap” looking shopfronts, suggesting they lowered the quality threshold of the city centre.

Speaking at the special meeting, which was held in the Limerick Institute of Technology (LIT) Millennium Theatre, Cllr O’Sullivan said: “The current city development plan provides for far more protection around our shopfronts and signage than the new draft, and I have brought this amendment to ensure we do not lose focus on our shop fronts and signage. “

She added: “​We are currently re-inventing our city centre with the O’Connell Street revitalisation, development at the Opera Site, World Class Waterfront project and whatever the Cleeves site becomes as part of that.”

The northside councillor said since the onset of the Covid-19 pandemic, retail businesses has been “decimated” with the industry evolving at an enormous pace.

“We will see a new city as a result with businesses closing and new ones opening in their place,” Cllr O’Sullivan said, “It is more important than ever to provide extensive guidelines for our shopfronts and signage. We are behind the curve on this in comparison to many other local authorities, and for Ireland’s third largest city we need to get ahead of this as soon as possible.”

Her party colleague, councillor​ Dan McSweeney seconded the motion, which was adopted unanimously.

He said many shopfronts appear “cheap” and take away from the unique Georgian character of Limerick city centre.​

“We have identified that the quality of shopfront on the city has been deteriorating the last couple of years with some very cheap shop fronts appearing. It's had a detrimental effect on the city centre, and it's not very sympathetic to our Georgian heritage of our city centre core. So we are looking to develop a policy to enforce a level of standard to keep the city centre up to scratch,” he explained.

Similar measures have already been adopted by local authorities in Kerry and Dublin.

The new frontage of Khan’s Supermarket in Upper Henry Street, carried out by J Hodkinson and Sons – located opposite – was singled out by councillors for praise.