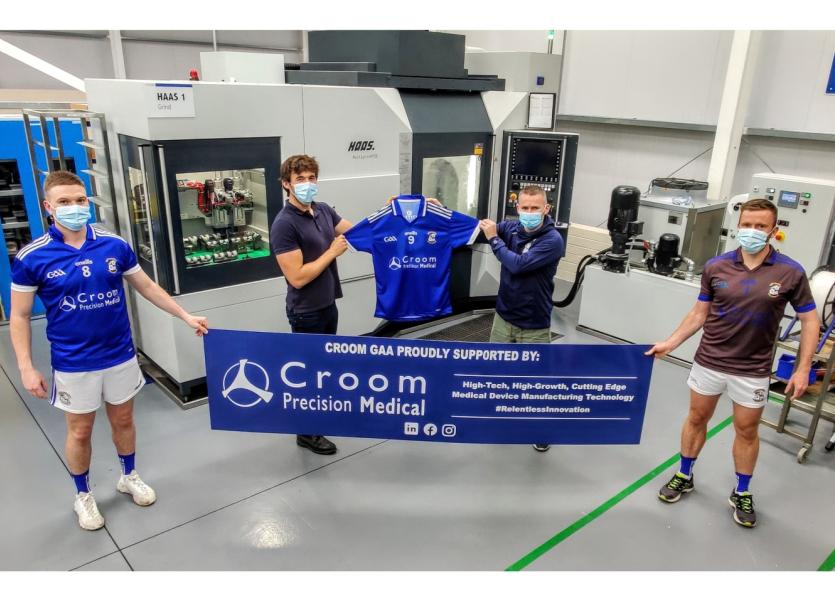 CROOM GAA has secured a new sponsorship deal with a locally-based company which will run for the next three years.

The club, he said, had made major investments in facilities over the past few years. “It’s a testament to the confidence we have in our underage, minor and senior teams here. With Croom Precision Medical now backing us, we hope to build on these advanced training facilities which will bring success to the club in the near future,” Mr Cahill said.

Under the terms of the new deal, Croom Precision Medical has pledged an initial investment in the new club gym facility and in jersey sets. “In recognising the emerging talent within their local community, Croom Precision Medical aims to support Croom GAA in eventually reaching the pinnacle of the ultra-competitive Limerick hurling scene,” the company’s CEO, Patrick Byrnes said, pointing out the company had a long history of partnership with the local club.

“A little over a year ago, we experienced significant demand in the manufacture of medical devices,” Mr Byrnes added. The company had to take on new staff members over a short period of time in order to meet this growth in demand, he explained, and many of the new staff play with Croom GAA.

“We are incredibly thankful for this, where it’s great to be able to return the favour by becoming the main sponsor of a very promising and hungry team,” he said. The company designs and manufactures components for the medical device industry.