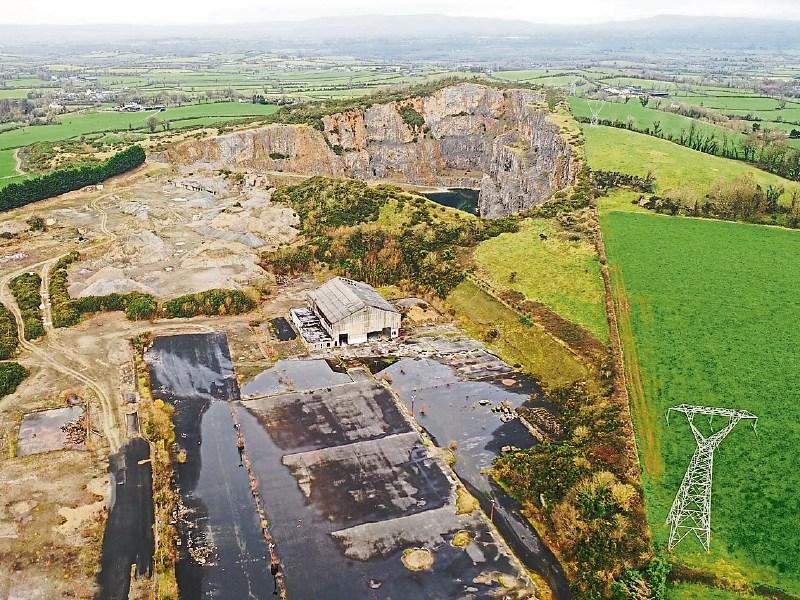 LIMERICK City and County Council has sent a “warning letter” to Roadstone Provinces Ltd regarding its quarry in Ballyneety.

It follows Claire Keating, on behalf of Limerick Against Pollution (LAP), making a formal complaint to the council in April.

However, Roadstone told the Leader this week that “independently conducted environmental testing and monitoring at Ballyneety quarry has identified no issues of environmental concern”.

In its complaint, LAP called for “a comprehensive environmental risk assessment to be carried out on this site as a matter of urgency” while highlighting a number of concerns.

The council’s Planning and Environmental Services responded to Ms Keating, of LAP, this month.

In a letter, they informed her that “this matter has been investigated by the planning authority”.

It went on to say that a warning letter under Section 152(1) of the Planning and Development Act 2000 as amended has been sent to Roadstone Provinces Ltd, Saggart, Co Dublin for “non compliance with condition no 1 attached to Quarry Registration and conditions no’s 2 and 18 attached to planning permission reference at Luddenbeg, Ballyneety, Co Limerick.”

Following this, LAP issued a statement: “The confirmation from the Planning and Environmental Services department of Limerick City and County Council that they have issued Roadstone Provinces Ltd with a warning letter for non compliance of a number of conditions relating to the abandoned quarry in Ballyneety is welcome news for Limerick Against Pollution. We would strongly encourage the council to expedite their investigation as a matter of urgency in the public interest.”

A spokesperson said Roadstone has received correspondence from Limerick City and County Council in relation to Ballyneety Quarry.

“The company welcomes the opportunity to engage with the council and notes that no determination has yet been made in respect of the matter. While production activity at Ballyneety was suspended in 2010 following a decline in construction activity, it remains a long-term source of essential materials for future construction and infrastructure projects in Limerick city and county.

“Roadstone has continued to actively manage the quarry since 2010 and 24-hour monitored CCTV and other safety and security measures remain in place. Furthermore, Roadstone notes that independently conducted environmental testing and monitoring at Ballyneety quarry has identified no issues of environmental concern,” said the spokesperson.

The “non compliance” with conditions that the council refers to in its “warning letter” are:

1. The area subject to registration is outlined in red on the attached map. Any development outside this area will require the benefit of planning permission. All relevant conditions from permission 06 3689 to apply.

The reason for this is “in the interests of clarity”.

2. The permission is for a period of six years from the date of this order. No further extraction shall be permitted without a prior grant of planning permission and the restoration of the site shall be completed to the satisfaction of the planning authority within one year of the cessation of extraction works.

The reason for this is “in the interest of residential amenity”.