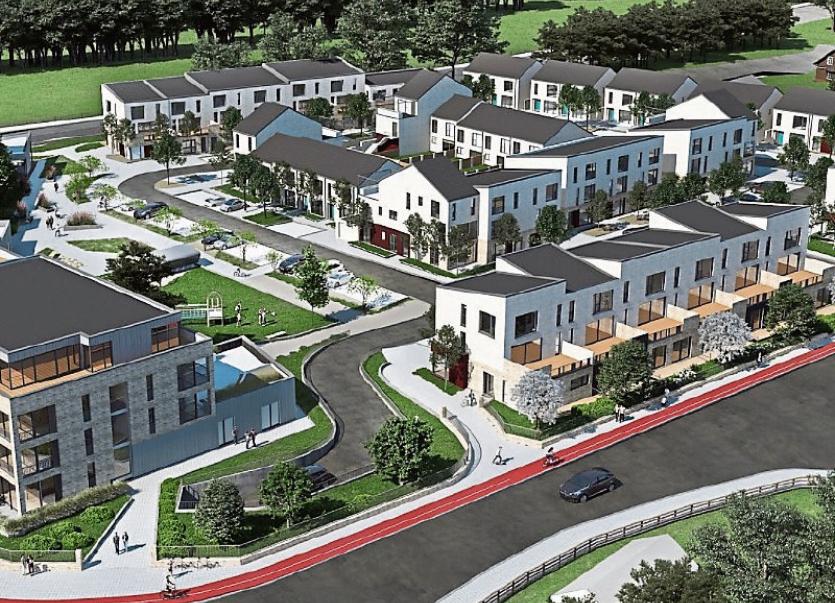 A rendering of the proposed Walkers Hill development

LIMERICK councillors have raised concerns over a planned housing development for the Annacotty area.

Regal Park Developments has applied for a second time for permission to build 137 homes off Walkers Lane, with the first attempt vetoed due to the lack of a natura impact statement.

Now, with the development having more than 100 units planned, it is once again going straight to An Bord Pleanala.

But at this week’s metropolitan district meeting, members were invited to have their say on the project, which would see a mix of 61 apartments, 51 duplex apartments and 25 homes on lands bordered by the Dublin Road and the Castletroy College Road.

Fianna Fail councillor Catherine Slattery raised concerns around the height of the five-storey block, saying: “It wouldn’t be in character with the area.”

She was also critical of the fact that only seven one-bed apartments are planned for the site.

“In new developments going forward, there should be more one-bed apartments, especially for single people that may not be able to afford a two-bed property. There are a lot of factories that people may want to buy one-bed apartments to be near,” she pointed out.

Metropolitan district leader, Cllr Sarah Kiely said there is a risk of “stigmatisation” as all the affordable and social homes, barring one would be in part of the complex.

Cllr Kiely also said the infrastructure in the area could not support the additional homes.

Cllr Sean Hartigan, Green Party, added: “I'd have concerns in this area the density and height are out of character in the area.”

He was told by council official Dara McGuigan that there will be two charging points for electric cars, and two interior secure storage areas for bicycles, according to the plans.

Council chief executive Dr Pat Daly will submit a report reflecting the views of councillors to An Bord Pleanala by June 15 next.