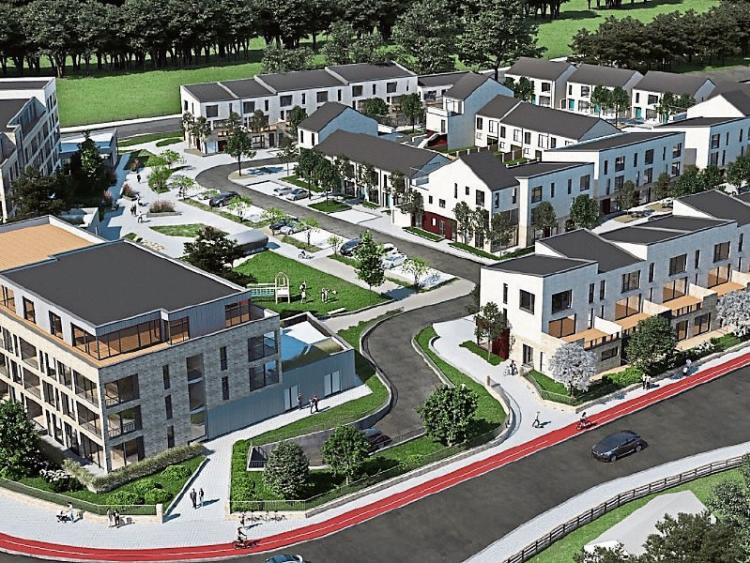 Developers are set to try for a second time to build a new estate in Annacotty.

Regal Park Developments has announced its intention to apply to An Bord Pleanala for permission to build 137 houses in a mix of 61 apartments, 51 duplex apartments and 25 homes at Walkers Lane, a site bordered by the Dublin Road and the Castletroy College Road.

Last time, it was rejected by the national planning authority due to the fact no nature impact statement was present.

This has now been rectified, with the application set to formally be presented to An Bord Pleanala shortly.

According to the proposals, the apartments are spread over two blocks.

Some 122 car parking spaces and 120 bike spaces were proposed too.

Under laws designed to speed-up the delivery of large-scale housing plans, it will be considered in Dublin as more than 100 living spots were included.

First time round, residents had expressed concerns in relation to the size and scale of the development, and the impact it would have on local traffic.

Fine Gael TD Kieran O’Donnell, who is based in the area, said: “We have to wait to see what it's in the strategic application lodged with An Bord Pleanala. But the previous application for that site, I had major concerns about traffic, and the overlooking of houses in all areas surrounding Walkers Lane and into Annacotty.”

He said he will always welcome “sustainable” development, “but it must be in character with existing housing developments in the immediate area.”

Labour councillor Elena Secas encouraged people to make their views known on the project to An Bord Pleanala.

“This would qualify as strategic housing development so any proposal will go to An Bord Pleanala directly. But there is a five week period when people can make submissions, objections or whatever the case may be,” she said.

A number of other strategic planning applications have been rejected in Limerick in recent times.

The presence of otters around a site in the Canal Bank led to that project being vetoed.