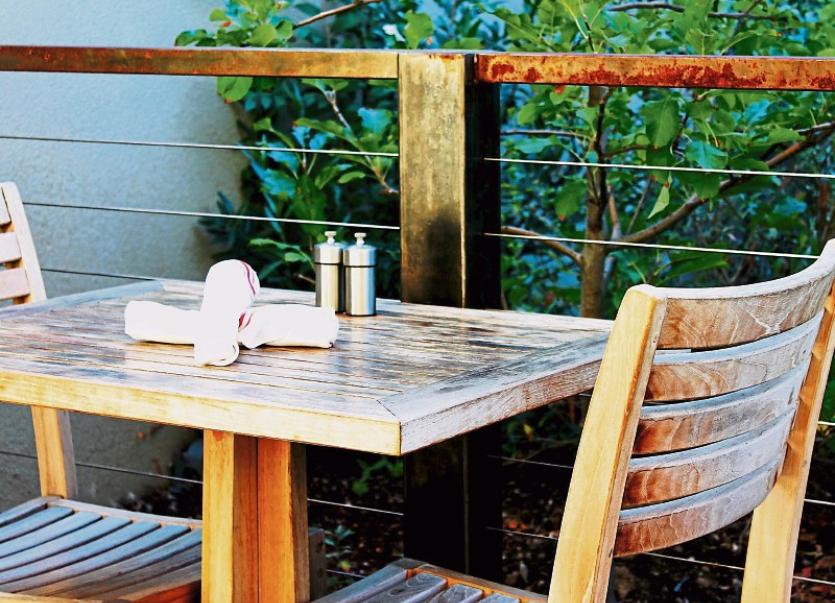 LIMERICK City and County Council has revealed the locations of a number of new outdoor dining spots.

With public health officials and politicians urging an outdoor summer, the local authority has responded in kind and has identified a number of sports for temporary ‘build-outs’ for al-fresco dining and drinking.

It’s anticipated these will be provided well in advance of the further loosening of restrictions, which will allow pubs and restaurants to serve outdoors after June 7.

The new tables-and-chairs will be beside the Commercial Bar at Glentworth Mews, Cafe Rose in Roches Street, and the Cornstore at Thomas Street.

They will be joined by a new build-out by the Crew Brewing Company, just a few doors up the street, as well as at Hook and Ladder in Sarsfield Street alongside Timmy Martins pub on the opposite side of the road.

Also expected to get the temporary facilities are Sextons Bar at Henry Street, Dasco Deli at High St , the White House in Glentworth Street, the Charlie St George Pub at Parnell Street and Ma Hogans in Catherine Street.

He said: “The plans presented to us I hope will create a dining quarter for Limerick like we see in other European cities, subject to funding we will see the provision of in excess of 10 covered pergolas outside food business which will be retractable and include lighting and heating, the provision of water filling stations and additional bins.”

Cllr McSweeney praised the authority’s executive for the work they have put into making the build-outs a reality.

Elsewhere, the local authority has announced it's planning to close a number of city centre streets at certain times to facilitate the additional space for outdoor dining.

A total of eight streets and laneways will be closed at specified times throughout the summer and autumn as part of the Council’s plans to support businesses. These will be in place at various times daily from Thursday, June 10 next until Monday, November 1.

Upper Denmark Street – from Robert Street up to entrance of Cornmarket Square Car Park, from 6am to midnight each night.

Augustinian Lane from 6pm to midnight

Market Alley Lane – off Denmark Street, from 11am to midnight

Howley’s Quay – between Cecil St and Shannon St junctions, from 6pm to midnight

Back Lane – from is junction with High Street and Little Gerald Griffin Street, from 11am to midnight

These closures have been proposed by businesses in the locality and will help maximise the amount of space to allow people to dine and socialise safely given the prevailing guidelines.

As the closure of streets is a legal process, any submissions on the proposals can be made to roads@limerick.ie by 4pm on Tuesday 25 May 2021.

Limerick City and County Council already announced that it is waiving its fees for tables and chairs licences and fees for street event licences.

However businesses must still apply for a licence if they plan on al-fresco dining on the footpaths outside their premises.

Similarly community groups or business wishing to host events which involved the closure of streets must apply to the council who will assess their applications before making a decision.

Businesses can still apply for funding for outdoor furniture under the Fáilte Ireland programme. For more information check out www.Limerick.ie