Limerick farmers 'back in the ring' as restrictions ease 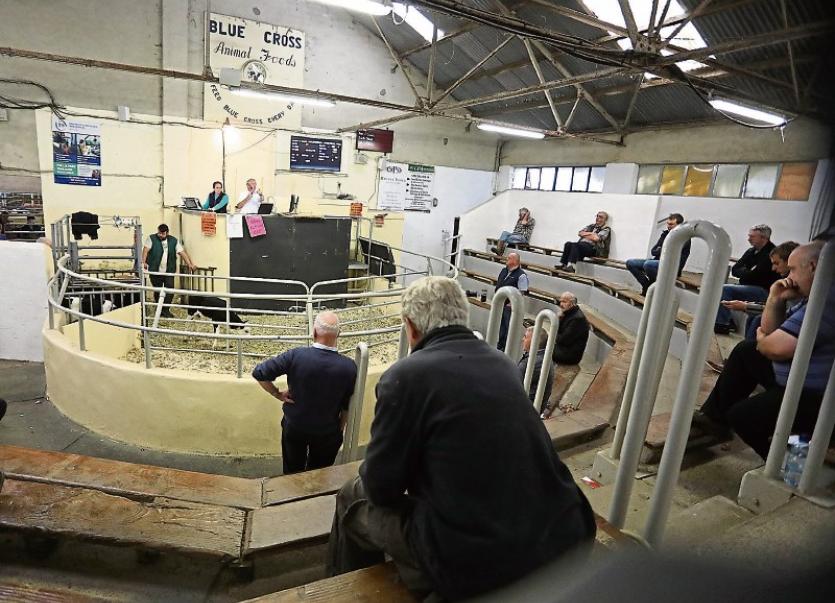 Monday will see scenes similar to this one in Kilmallock Mart last July when social distancing was strictly observed at ringsides | Picture: James Treacy

With the virus widespread in the community, there was always the fear that it could get into our marts. There were worries about peoples’ health and the ability of the business to continue to operate.

Thankfully, in what is traditionally a very busy time in marts, we have come through the period, relatively unscathed.

We have depended entirely on the online streaming as buyers were not allowed in the ring. They were allowed under restriction to view animals beforehand and then only bid online.

Sellers were required to drop their animals and go. They could view the sale online; all animals were sold ‘subject to owner’s consent’ and the mart contacted them to find out if they were happy with the price.

Mask wearing was compulsory for everyone in the mart. It has worked relatively well, and many sellers are quite happy not having to spend time at the mart and wait for the sale of their animals. However, buyers in general like to see the animals in the ring when they bid, and we must acknowledge that some people have an issue with using the technology.

From Monday, May 17, the restrictions are being eased and this will be welcomed by everybody. Buyers only will be allowed into the ring, but they will have to book their places with the mart beforehand and they must also book with the mart if they wish to view livestock before the sale.

Access into our rings will be limited as two metre social distancing will apply. Sellers will be allowed to enter the sellers box to view their livestock being sold but again this will be on a restricted basis.

The two metre social distancing requirement will operate right throughout the mart and no congregating of people is allowed anywhere in the mart. Mask wearing will still be compulsory.

Over the past few months, the contact details of everyone entering and leaving the mart had to be recorded and this will continue under the new arrangements.

We do hope that our users understand the necessity for all these restrictions and, that they will continue to co-operate with us for everyone’s sake. We will continue with the online streaming of sales and people can still bid online.

Some sellers may not wish to come into the mart, and they can continue to watch online. We will contact them after the sale to confirm sale or no sale.

The last few months have meant extra work for the mart and its staff. Phones have been hopping on sale days, particularly contacting sellers. There have been frustrations as well when somebody, perhaps did not get a call, or a buyer discovered that his/her bid was unsuccessful.

We hope that people understand that it is particularly pressurised on sale days with the volume of work required and that we will always try and do our best.

Finally, on a light note, a couple of weeks ago, on a Tuesday morning, an elderly man (in his 80s) was on his way out of the mart with his jeep and box having collected cattle which he had purchased the previous day. He called me over and jokingly showed me a copy of a cartoon featured in another publication which said that "Over 80s could now return to marts without restriction if they had been vaccinated".

I joked to him that I would need to see his both his birth and vaccination certs. I asked him about the cattle which he was collecting and if he had seen them beforehand. “Not at all” he said. “I purchased them sitting at the kitchen table on an iPad that my granddaughter gave me for Christmas”.

It proves that you are never too old and a great example of young and old working well together.