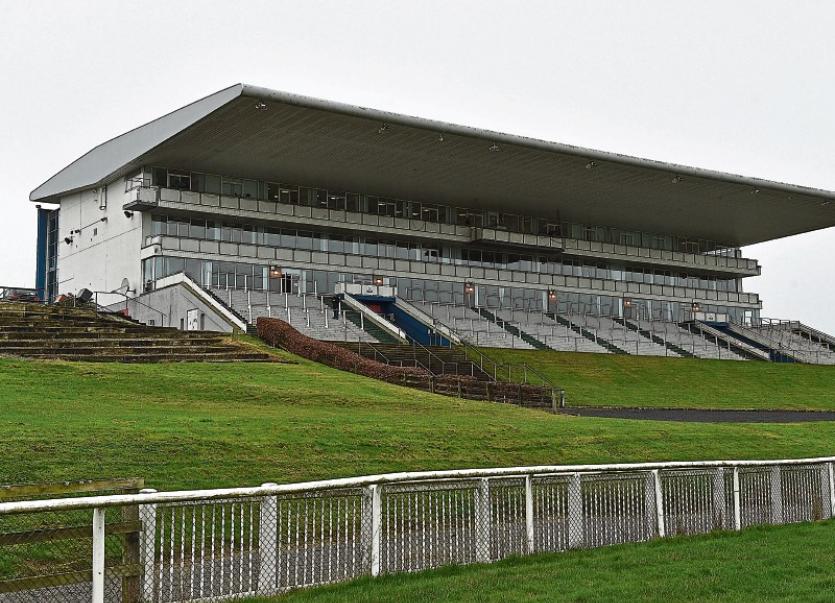 The Limerick Racecourse is to be the venue for the new vaccination centre with the Radisson Hotel re-opening to the public | PICTURE: SPORTSFILE

LIMERICK’s Covid-19 vaccination centre is to move to a new  location.

This morning, the Minister of State for Further Education Niall Collins confirmed that, with the Radisson Hotel set to re-open to customers on July 1, the venue for inoculations against coronavirus will move.

It will now be located in the Limerick Racecourse.

Confirming the news in a statement, the HSE said the move to Limerick Racecourse will allow an increase in booth capacity of potentially up to 44 vaccination booths in comparison to the 32 booths currently available at the Radisson Blu Hotel.

It is expected that the new centre at Limerick Racecourse will open in mid-June and that the two centres will operate simultaneously initially, to ensure a seamless transition of the service.

On top of this, the HSE is working on putting in place a dedicated bus service to both the Radisson in its final days as vaccination centre and the Limerick Racecourse.

The chief executive of the UL Hospitals Group Collette Cowan, who also chairs the Mid-West Covid-19 Vaccination Steering Committee said: "It is a positive sign that the hospitality sector is gradually getting back on its feet. Vaccination remains one of the most important tools at our disposal for protecting the population from Covid-19 and in allowing us to reopen society and the economy. The new centre at Limerick Racecourse will allow us to increase our overall capacity and preparatory work is already underway to make this relocation as seamless as possible.”

She thanked the Radisson Hotel, and said that staff have reported what a "privelege" it had been to work there, pointing out 70% of the 60,000 vaccinations administered in the region had been there.

Mr Collins said: "I was very frustrated by the initial decision of the HSE to use the Radisson. I’ve been working hard to secure a more suitable location. I think this is a good decision to relocate now as we are ramping up the number of vaccinations. The racecouse at Patrickswell is easily accessed by people from west Limerick, south Limerick and east Limerick."

Mr Collins also confirmed a shuttle bus service will be put in place for people in the city in order to access the venue – which is a 20 minute walk from the village of Patrickswell.

Limerick vaccination centre is to be moved to a new venue in the coming weeks with a dedicated shuttle bus service to be...

“The Racecourse has plenty of indoor space, it has plenty of car parking, and it caters for big events like the general election count,” Mr Collins added.

It’s anticipated the vaccination centre will formally move across to the Racecourse next month.

He expects the Racecourse to be the venue “for the foreseeable future.”

“I’ve been working very hard to secure this,” said the Fianna Fail TD, “People across Limerick were deeply unhappy with the Radisson.”