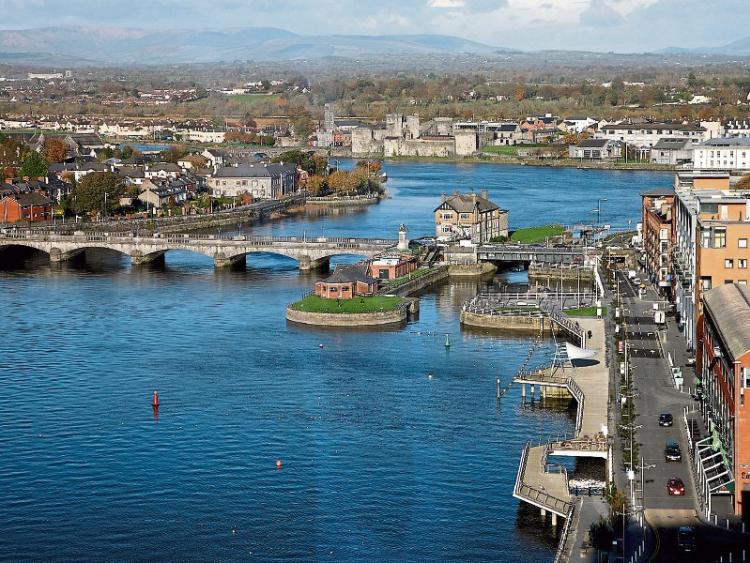 Limerick and Proud: a view of the city centre from the landmark Riverpoint complex

THE PEOPLE of Limerick have once again shown their true character following a powerful campaign in the wake of the controversial Forbes article.

There was widespread condemnation of the influential American business magazine, which had suggested the Collison brothers had “escaped” the city and suggested they founded their multi-billion euro payments firm Stripe against the odds.

The notion was quickly dispelled by both brothers, with the younger John, describing the story as “daft”.

In the immediate aftermath of article's publication – and removal – Fine Gael councillor Daniel Butler encouraged people to use Twitter to post some of the most beautiful images of the Treaty county under the hashtag #LimerickandProud.

Following this, council communications manager Laura Ryan commissioned a study which showed the true global impact of this.

And, in figures published this week by the Limerick Voice, it is revealed than 8.6 million people read about this in some form.

Social media users from Australia to the United States and plenty of places in between engaged – with over 3,6700 posts with the hashtag being fed into Twitter.

"It was staggering to see how much the hashtag gained traction and trended on Twitter, particularly with people from across the world united in their support for Limerick with such a hugely positive sentiment. When you review the social media stats, you can see #LimerickAndProud active across North America, Brazil, Europe, South Africa, India, China and Australia, the Limerick diaspora and those who love Limerick were very vocal in their support," said Ms Ryan.

A number of influential city figures such as RTÉ host Will Leahy, hockey star Roisin Upton, All-star hurler Shane Dowling and singer Emma Langford used Twitter to condemn the Forbes article and to state their pride in Limerick.

This all comes as the Forbes editor Randall Lane pledged to visit Limerick and hold the business magazine’s flagship 30 under 30 event here, focusing on young entrepreneurs from across the globe.

Cllr Butler said he is “startled” and “emotional” at hearing the impact of #LimerickandProud.

“When we work together, what we can achieve is incredible. Our citizens have come together to show how proud they are of the city and that’s what it’s all about. People who live in our city, who don’t live here anymore. You’re talking serious numbers. We are a small city on a small island nation off the west coast of Europe which seems to have global reach and global connectivity. It says a lot about the calibre of the people in the city and their energy,” he told the Limerick Leader.

Mr Lane told Mayor Collins that he would commit to visiting Limerick personally and host a Forbes ‘30 under 30’ gathering to encompass the young entrepreneurs of Limerick.

He said this event would be covered across its global platforms which reach a monthly audience of approximately 200 million.

Welcoming the development, Mayor Collins said: “This is a creative solution and a positive opportunity that Randall Lane, editor of Forbes has presented so that a global audience can see the talent that Limerick has incubated. In a city where more than 50% of the population is under 35, I think Forbes will be spoilt for choice with some of the brightest minds and talent that is emerging here.  And I look forward to the story of Limerick’s young, creative and bold minds being showcased to the world at a time when it’s safe to do so.”

The mayor also acknowledged the swift reply of the Forbes editor to his letter week and the swell of support for Limerick both to him personally and online for a more appropriate telling of the real Limerick story.

“We now have an opportunity to harness a global audience of over 200 million to tell that great Limerick story and I look forward to our marketing and communications team working with Forbes to bring Limerick’s innovation, entrepreneurship and talent to the world,” he said.

Minister Patrick O'Donovan, who was one of the first people to call for Forbes executives to visit, said: “I strongly believe the best way to showcase Limerick is in person. It will be a great chance to show them around Limerick.”