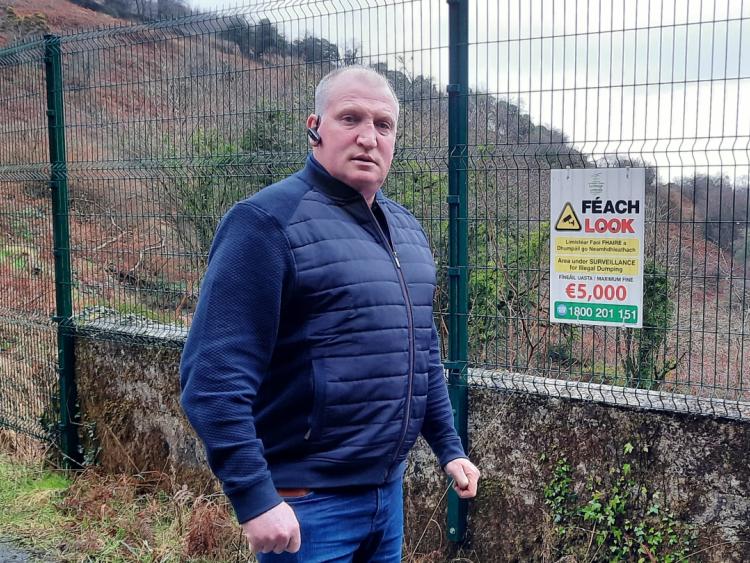 A COUNCILLOR who made headlines when he called on parents of children “roaming the streets” to be hit in the pocket, says he has received “hundreds of calls” from people all over the country who are in favour of his proposal.

And now Cllr Liam Galvin has requested that his motion be circulated to all municipal districts in Limerick and to the metropolitan area as well as all local authorities throughout the country. The Abbeyfeale-based councillor has also called for his motion to be “circulated to the three local TDs who appear to have fallen asleep on the issue”.

“Of the three TDs that I have contacted by phone, not one of them has come back to me yet,” Cllr Galvin told councillors at the monthly meeting of Newcastle West Municipal District which took place last week.

“I’d love to know what they are afraid of. These are the guys up in Dublin who are responsible for implementing legislation. Can they not see what is  happening inside the towns of the people they represent?”

At last month’s  Newcastle West Joint Policing Committee meeting Cllr Galvin read out a motion calling on the Minister for Justice to enact legislation to put the onus on parents of children under 16 who are gathering / loitering in public areas and engaging in antisocial behaviour to be responsible for their children.

He recommended that “sanctions be imposed on parents whose children are engaging in such behaviour by means of fines and that these fines would be recovered by way of attachment to earnings, if applicable.”

While he said that his motion stemmed the problems in Abbeyfeale “little did I know that I’d be getting phone calls from as far back as Dingle”.

“I got phone calls from Kilmallock, I got many, many phone calls from Newcastle West with regards to what is going on inside in their towns. Abbeyfeale seems to be no different than any other town. The people have come to me and said enough is enough. There appears to be a law for some people and there is no law for other people.

“The gardai are sick to their teeth of transporting lads home to their parents. They have no sooner arrived at the front door when they are at the back door. I can tell you one thing, if there was a penalty or a fine, they would know where their children are.”

Cllr John Sheahan said “we can pass motions but if our national legislator doesn't take it up, we are going nowhere”.

Cllr Sheahan also noted that there are an awful lot of children and young people who have been “exemplary” during the Covid-19 pandemic when their “lives have been turned upside down and they should not be forgotten in the middle of all this”.

Cllr Jerome Scanlan said that if respect isn’t nurtured in the home it is very hard to develop it.

He proposed that councillors write to all three local TDs about the issues on the  ground in the Newcastle West municipal district.

“We see first-hand as councillors how things are. I’m not so sure if those who work in Dublin are as close to the ground here as they need to be and maybe there is a lesson here for them. A letter to them from the municipal area requesting action in terms of legislation - it is only when there is some form of fines for delinquency, for want of a better term, that we might see results here.”

Chairman, Cllr Francis Foley said he supported the motion which is to go to full council, and pointed out that extra gardai are needed in Limerick towns.

The motion must now go to the full council for discussion before it is submitted to the other local authorities.

A letter is to be sent to the three local TDs outlining the concerns in the Newcastle West area.