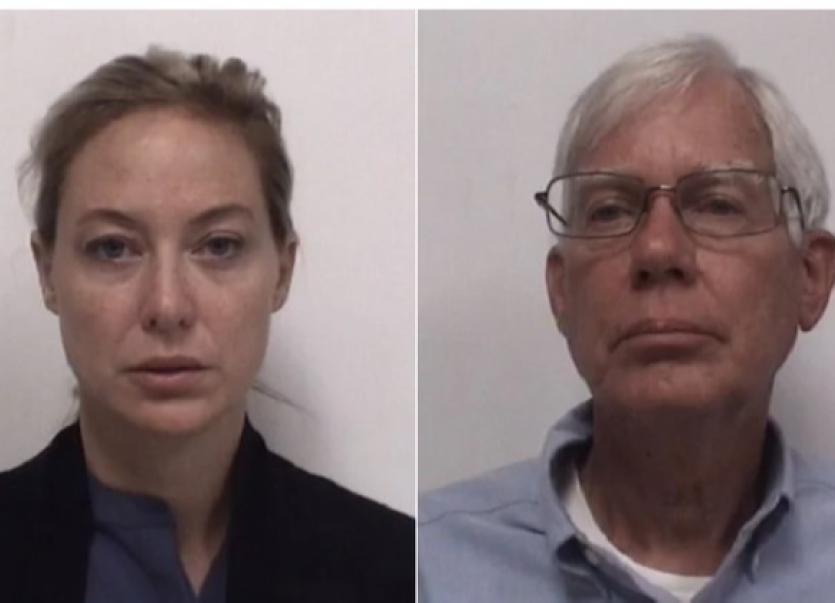 Molly Martens and her father Thomas have been granted release on bail with a bond of $200,000. They must hand in their passports and are also banned from any contact with the Corbett family.

Once the convictions were vacated, Molly and Thomas Martens were moved from prison to the custody of the prosecuting jurisdiction, Davidson County, according to Davidson County District Attorney Garry Frank.

According to FOX8 News "They are now back to the same point as they were when they were first indicted, and, just as they were at the beginning, they are being held with no bond"

According to 'The Dispatch' - "During the hearing, David Freidman, Martens' attorney, read a portion of a letter from the Department of Public Safety, which called Martens a "model inmate" and described the work she has completed as a janitor while he was incarcerated.  Freidman also argued for a lower bond, saying that Martens isn't a flight risk as his wife has cancer, and he wants to be with her to take care of her.  The defendants' attorneys said during court that they plan to pay the bond. The next court hearing in this case hasn't been scheduled yet. "

Molly Martens, Jason Corbett's wife, and her father, Martens, were convicted of second-degree murder in the case in 2017. They were both sentenced to between 20 and 25 years in prison by Davidson County Superior Court Judge David Lee.

The Martens made an application for bail at a hearing at 2pm local time (7pm Irish time) at Davidson County Courthouse, in Lexington, North Carolina. It is now expected that a retrial is the most likely next step. A statement from the Corbett Family has welcomed the news. (Click here)

Davidson County District Attorney Garry Frank told FOX8 that he "does not discuss pretrial matters and will neither confirm or deny any plea offers. He added that a retrial is not off the table"

“I’ve got a number of families, victims of homicides and other cases that have been waiting for their cases to be tried for a long time,” Frank said before the decision. “And we’ve been on an imposed sabbatical on that for the past year. The pursuit of justice is rarely easy and that’s the guiding star that we’re trying to keep our sight on for all of this and we’re here for the duration.”

NEW - Molly Martens and her father Thomas have been granted release on bail with a bond of $200,000 - also banned from any contact with #JasonCorbett family

Breaking: Molly & Thomas Martens have been granted bail and will be released on a bond of $200,000. They must agree to surrender their passports & have no contact with the family of Jason Corbett. @rtenews pic.twitter.com/YiNpyCD6CP

Molly Corbett and her father, Thomas Martens were granted bond ahead of their retrial.

State wanted bond raised to $1million, defense wanted lowered to less than initial bond but it was set at 200k, the bond set before initial trial. @WXII pic.twitter.com/HHyhmuBCSY

In February 2020, the Court of Appeals overturned that conviction, saying Molly Corbett and Martens were unable to present a meaningful defense during their 2017 trial.

The North Carolina Supreme Court opinion, released in March of 2021, stated the original trial court erroneously omitted “admissible testimony” which could have played a vital role in the jury’s decision to find Corbett and Martens guilty.

Prosecutors - who had expected the Supreme Court to ratify the original decision of the Davidson County murder trial conviction from August 2017 - are ready to proceed with a new trial though this is unlikely to be staged before 2022.

The original trial heard how Tom Martens, 68, and Molly Martens, 34,  beat the 39-year-old businessman and father-of-two to death as he lay asleep in bed.

Tom Martens, a retired FBI agent, claimed he acted in self-defence and alleged Mr Corbett had been attacking his second wife, Molly, who is Mr Martens daughter.

The Limerick based Corbett family launched a petition on www.change.org called 'Retrial for Molly and Tom Martens' which has over 8,700 signatures.

The petition was set up for the attention of Garry Frank. (Davidson County District Attorney, Lexington, North Carolina) after the Martens’ murder convictions were overturned last month after they had served four years of 20-25 years sentences, and were then offered a deal to admit to manslaughter instead of facing a retrial – meaning they would likely serve only two additional years in jail.