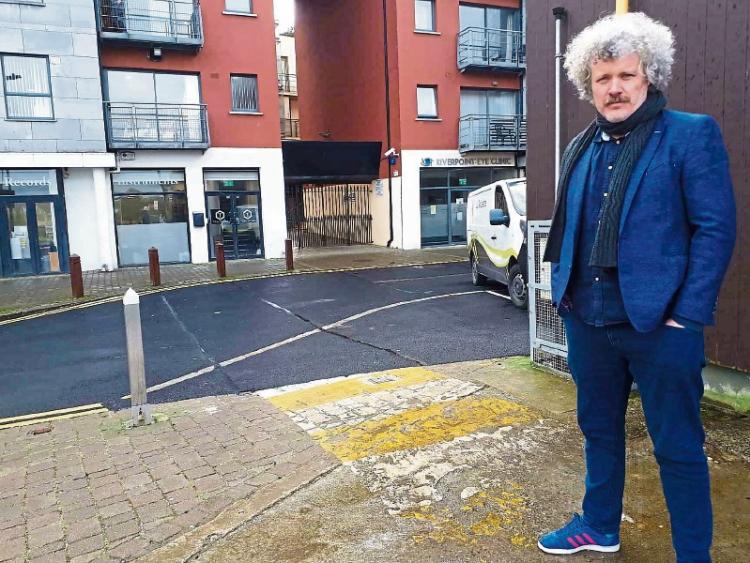 MONEY to tarmac Steamboat Quay did not come from a travel funding pot designed to improve pedestrian facilities, council says.

And the local authority has added there is still “substantial” work being done to make the area more friendly to walkers, joggers and cyclists.

It comes as the Limerick Cycling Campaign ​criticised the local authority’s move to cover the old cobbled quayside in tarmacadam, comparing it unfavourably to the €200,000 funding in place for measures to make the area more accessible to those not using motorised vehicles.

Limerick City and County Council was provided ​with the money in the Active Travel stimulus package at Steamboat Quay last year – but a recent covering of the road is not linked to this funding.

“Some of these works have been carried out either side of the existing carriageway to date but substantial further works remain to be completed,” a local authority spokesperson said in reference to pedestrian improvements. Work on the boardwalk at the quay was taking place on Friday.​

But cycling campaign chair Conor Buckley believes to cover the carriageway sends out the wrong message.

“It looks like this road has been completely resurfaced. This road used to have cobbles. It’s meant a pedestrian crossing has been removed. There is no discernible improvement in walking for pedestrians or cyclists in any way shape or form,” he said.

Mr Buckley highlighted the fact that a pedestrian crossing at the end of the boardwalk adjacent to the Clayton Hotel had been tarmacced over, meaning that effectively riverside walkers reach a dead end.

One source has indicated the pedestrian crossing was never intended to be there in the first place. ​

“Every weekend, we are seeing thousands of people walking the river. It's really encouraging to see it. But here we are doing this. The relaying of this road doesn't benefit pedestrians or cyclists. We have a big problem. It is very disappointing,” Mr Buckley told the Limerick Leader.