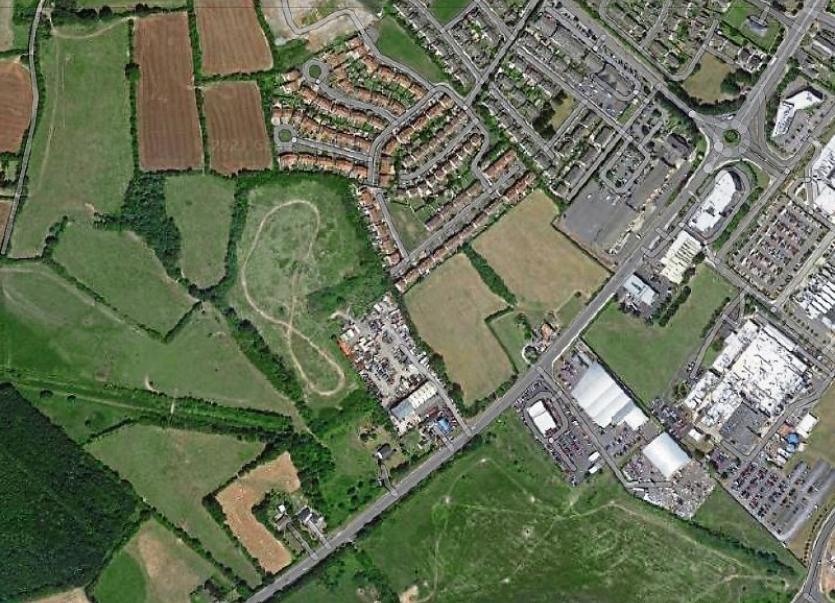 The proposed development has been earmarked for lands in Raheen | PICTURE: Google Streetview

THERE is significant opposition to plans to build nearly 100 housing units on the outskirts of the city.

More than a dozen objections have already been lodged against the proposed development at Baunacloka, Raheen.

Rockspring Developments is seeking permission for the development which will comprise of four detached houses, 13 semi-detached houses, 24 duplex units, 20 terrace units and as well as 38 apartments in a five-storey block. A two-storey creche is also being proposed as part of the massive scheme.

Several residents from The Grange Estate, adjacent to the site of the proposed development have objected and a formal objection is also expected from The Grange Residents Association before the deadline for submissions on Thursday.

One objection already lodged accuses the developer of trying “to squeeze in as many dwellings as possible” into the site adding that the design is not in keeping with the area.

“The block of flats looks similar to Watergate Flats in Limerick city, but are a storey higher. A five storey block of flats is not suitable for this suburban family area,” states the objection.

Another objector has also expressed specific concerns about the proposed apartment block.

“This is an attempt to cram in as many people into a small area without taking into consideration the surrounding areas,” he states.

Cllr Daniel Butler, who lives in the Grange Estate, has also lodged an objection with the local authority.

He says there are significant concerns about what is being proposed.

“There is huge concerns in relation to the scale of the development where we have three five-story apartments in an area where there is (currently) no building that is five storeys and obviously that creates issues for privacy in relation to light for the residents and that’s also of particular concern,” he said adding that around 30 to 40 homes could be directly impacted if the development proceeds.

“There is also fierce concern about a plan by the developer to breach a boundary and to provide pedestrian access into the (Grange) estate – this is of extreme concern considering that this an cul-de-sac private estate with a lot of children and there is a concern that a link could change the whole culture of the estate,” he said.

A decision by planners is due by the end of February.