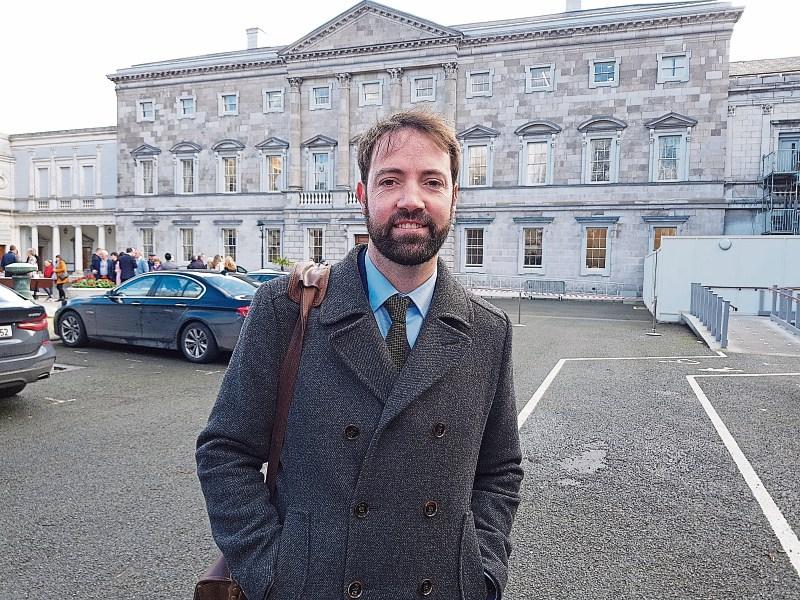 Brian Leddin has indicated the final section of the Coonagh/Knockalisheen Road may not be needed | PICTURE: MICHAEL COWHEY

Anger has especially grown in Moyross over the past week, after Transport Minister Eamon Ryan met with stakeholders and community representatives to discuss the €58m project leaving them with the belief it may be not be progressed as was previously envisaged.

Now, this Monday morning, Mr Leddin says the minister is committed to signing off on the section of the proposed road between Coonagh and Moyross – but not the final piece connecting the northside estate to Knockalisheen.

Speaking on Limerick Today on Live95, Mr Leddin said: “The minister has committed to the people of Moyross that road will be brought through from the Coonagh roundabout, the Cratloe Road and to the Moyross roundabout which will connect it into the Moyross Avenue. That will solve the connectivity piece for Moyross. It's important we are clear about that, and that commitment has been given.”

However, he cast doubt on whether the final third of the road will take place, saying the future needs of the area will need to be taken into account before this happens.

“The road that work has begun on, that money has been spent on, will go ahead. The extra section of the road from the Moyross roundabout to the Knockalisheen Roundabout is the one we have difficulty with. We think the area can be planned a whole lot better for Limerick, the Mid-West and Moyross. What we are talking about here is delivering the road to Moyross as promised and building on the plan there and improving it,” he said.

Mr Leddin said it is only the final piece of the road his party has an issue with.

“The final part needs to come out of a detailed planning process that provides the right kind of development for Moyross,” he said.

The Green TD said two-thirds of the road being built will ensure there will be “no more cul-de-sacs” in the area.

“It [the road] will stop at the proposed Moyross roundabout. Two-thirds of the road will be from the Coonagh roundabout to the Cratloe Road and the new Moyross roundabout which will connect into Moyross Avenue. You will have full connectivity from the Watch House Cross to Coonagh via Moyross. This is critical and has been identified by the Fitzgerald Report.”

Mr Leddin said he feels the final part of the road plan might not even be required.

“The part which goes beyond Moyross which is not about connectivity to Moyross is something we need to look at. We need to plan all the area properly in line with national policy. It may not be required once you look at the full planning for the area. You may say that extra piece is not required and the lands could be developed in another way,” he added.

The City TD also rejected criticism that he had not consulted with people from Moyross, saying he had spoken with school principal Tiernan O’Neill, community centre boss Paddy Flannery, and Tony Lynch.

Parish priest Fr Pat Hogan had not reached out to him, he told Live95.

Meanwhile, a special council meeting will take place this Friday afternoon on the proposed road link.