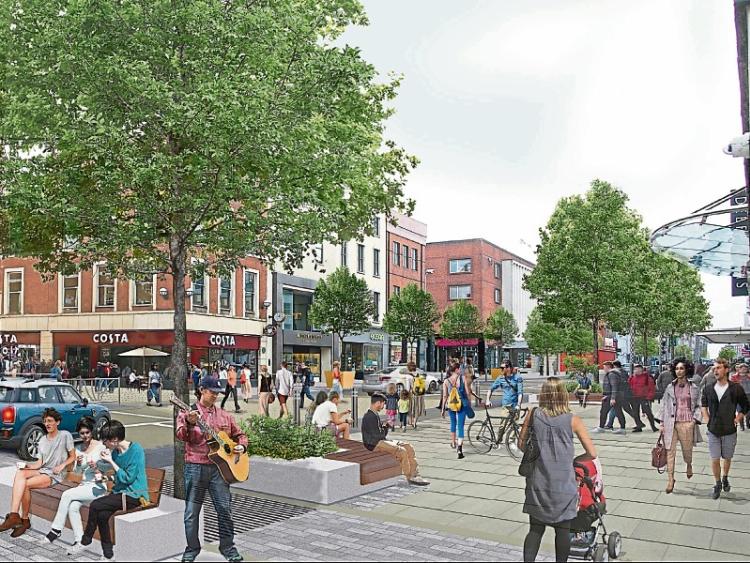 An artist's impression of how the finished project might look

ONE of the most significant projects in Limerick’s recent history has been delayed due to the introduction Level 5 restrictions.

Work on the €10m revitalisation of O’Connell Street, which will see traffic reduced to one lane, and various improvements made to the main thoroughfare​ will get under way as soon as Ireland switches away from Level 5 restrictions.

The main contractor wrote to business and residents in the city centre last week indicating that it hoped to begin works at Thomas Street on February 1.

However, a spokesperson for Limerick City and County Council has confirmed the project is not deemed "essential" under current public health guidelines.

Civil engineering firm ShareRidge says it will frontload some of the most disruptive parts of the scheme while the city is less busy than normal.

While the contractor will not be able to start as planned next week due to the ongoing level 5 restrictions, they can organise supplies and subcontractors in order to be in a position to hit the ground running when restrictions are lifted.

The first phase of the plan will see works commence in Thomas Street, with the O’Connell Street​ to the William Street junction kicking off afterwards.

As a consequence, there will be no vehicle access between Little William Street and O’Connell Street There will be changes to traffic routes into the city centre, with the relocation of bus stops, taxi ranks and click-and-collect bays.