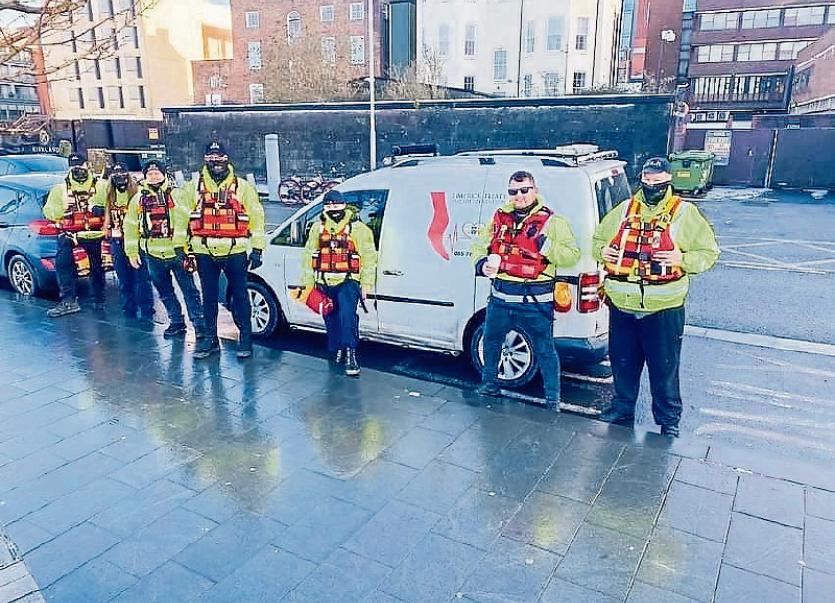 A CHARITY which provides life-saving patrols along the River Shannon has extended its services – and now operates during some day times.

Members of Limerick Treaty Suicide Prevention (LTSP) identified a need for their riverside patrols during traditional working hours as a result of the pandemic, which has seen many lose their jobs.

So, as well as walking about night-time, between 2pm and 6pm each day, members of the group can be seen patrolling the banks of the Shannon offering support to those who may be in suicidal distress, or just want a chat.

LTSP’s public relations officer Marian McGuane said: “During the pandemic, myself and [chairman] Matt Collins were noticing a lot more people were out and about walking, as they are allowed within their five kilometres. We were just thinking if they were going to be out, there could be a few people in need.”

The St Mary’s Park woman said the day patrols began on a trial basis three weeks ago, and have proved to be much needed so far.

“For me suicide doesn't distinguish between day and night. It can happen any time. Why not patrol during the day, and let the public know there is help there? It puts a bit more light on the situation,” she said.

Between them, LTSP and Limerick Suicide Watch ensure patrols travel the banks of the Shannon seven nights a week.

LTSP are doing their day patrols on the nights when they are not providing an evening service to the people of Limerick.

Marian paid tribute to SuperValu in Castletroy, which has announced it will sponsor the group.

“When you have big companies that are recognising you, you know you must be doing something right,” she grinned.

If you are in distress, please don’t suffer in silence.

LTSP operate an around-the-clock helpline at 085-7845347. Alternatively, the Samaritans in Limerick can be reached on freephone 116123.