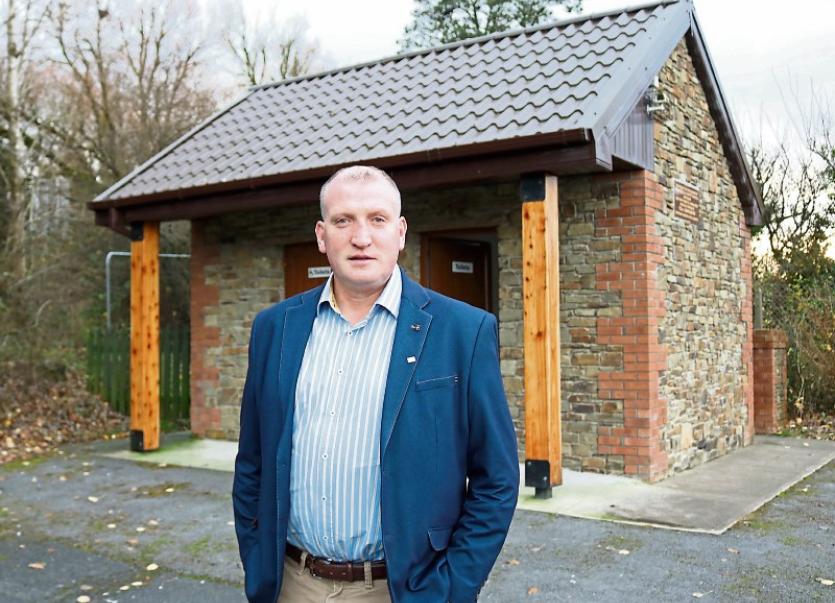 DURING a presentation on planned housing developments for the Newcastle West municipal district the debate turned to Irish Water.

Cllr Liam Galvin said there needed to be investment by Irish Water in sewerage capacity so more houses can be built.

“You can’t build a cubby house not to mind a proper house due to lack of sewerage capacity. There needs to be investment. Irish Water needs to come on board,” said Cllr Liam Galvin.

Aoife Duke, director of housing, gave the presentation on the Rebuilding Ireland Programme for the Newcastle West municipal district at last month’s meeting. She told councillors that they were “coming to the end of the line of sites we own as a council”.

She said they were supportive of AHB (Authorised Housing Bodies) applications to build once they have demonstrated there was a need.

The meeting heard the council will build four units in Mountcollins and four in Colbert Terrace, Abbeyfeale to be completed in December, 2021; 21 units in Sycamore Crescent in Newcastle West and 18 in Broadford will be finished in 2022. It was also outlined that Athea Voluntary Housing have plans for four abodes and Cluid (an AHB) have 30 units to come on stream in Woodfield, Newcaste West, later this year. See next week’s Limerick Leader for more on the Woodfield development.

The meeting also heard that the council purchased five house in 2020 – four in Newcastle West and one in Abbeyfeale.

Cllr Jerome Scanlan called for more houses to be built in the villages in the municipal district instead of focusing on Newcastle West and Abbeyfeale.

Cllr Galvin said the housing list is not an accurate assessment of where people want to live.

“People are not going to put down a place as their first choice when they know there are no houses there. Give people an opportunity to live in their own village, then their children go to the local school, join the local GAA club and build up that community,” said Cllr Galvin.

Cllr Scanlan said it was a “chicken and egg situation”.

“Do you put houses there and people come or do you wait until people put that place down on the housing list. If you have a plan for eight houses in a development in a village do four first – it should be done on a phased basis,” said Cllr Scanlan.

Cllr John Sheahan said when you build houses the demand will come. Cllr Tom Ruddle said if houses are built people will go for them. Cllr Francis Foley, cathaoirleach, said it is important that “we lead the way and diversify our housing stock”.

Mayor of Limerick, Michael Collins suggested writing to existing applicants on the housing list and asking them where they would like to live?

“That would give us a clearer picture,” said Mayor Collins.

Cllr Sheahan said if we can build the Opera Site in the city then surely we can build a few houses in locations in west Limerick.

“It is all city, city, city based. We need more houses built in the county,” said Cllr Sheahan.

“It is very difficult to get planning in rural Ireland. There are elderly people who want to move from rural Ireland  into villages. That sheltered housing for the elderly would release their houses in the countryside. It is a win win but there needs to be an investment by Irish Water in sewerage. You can’t build a cubby house not to mind a proper house due to lack of sewerage capacity,” said Cllr Galvin.