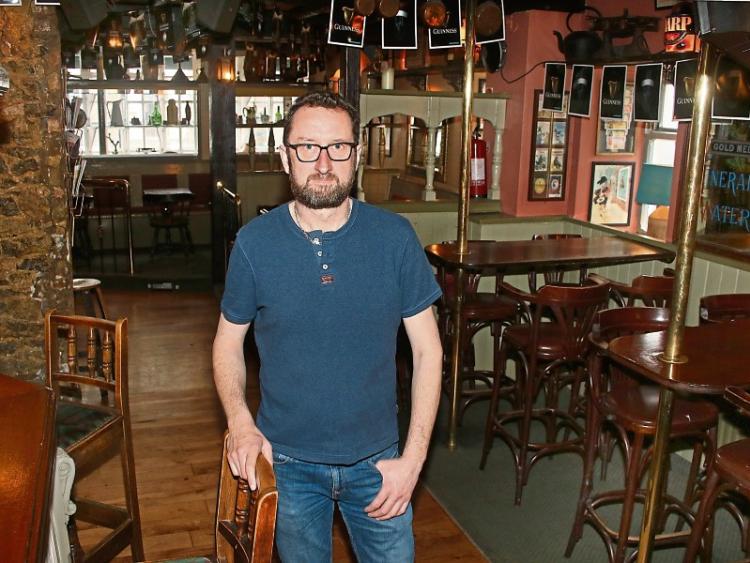 Not since the late 2000s crash have businesses found times so difficult! Nick Rabbitts looks back on 2020 - a year like no other.

Limerick received its first jobs boost of the New Year, with financial services firm Axiom SL planning 100 jobs over the course of five years in the National Technology Park.

A planning application was finally submitted for the Horizon Mall site at the Dublin Road. Over the course of 2020, the old concrete structures on the site which was once planned to be a shopping mall and ice rink were demolished, with a new residential and commercial development proposed for the land.

The ribbon was cut at Nordic Aviation Capital’s new premises in the landmark Gardens International development in Henry Street.

After a number of years of back-and-forth through the planning phases, permission was finally granted for a €50m skyscraper development at Harvey’s Quay. Clearing of the site to construct the development has begun in earnest. Close by in the city, another big development, the International Rugby Museum, continues to make good progress at the junction of Cecil Street and O’Connell Street.

And a third big project also finally got under way this year – clearing work has begun around the massive Project Opera site, which is set for a €200m revamp, which will see a 15-storey tower at its heart. It comes after An Bord Pleanala cleared the way for the development following an oral hearing late in 2019. The site will have the potential to house up to 3,000 workers. In February, council workers based in the Granary moved off site ahead of the demolition of much of the existing site.

Up to 150 jobs were put at risk in Limerick after Vodafone Ireland decided against renewing its contract with Arise, a call centre in Raheen.

This was the month which heralded the start of the first national Covid-19 lockdown, and the closure of pubs, restaurants, non-essential retail and other services. Indeed, all but 14 essential categories of retail had to close their doors by the end of the month under the strict measures. The pandemic continues to dominate the news agenda, as we head into a fresh series of strict restrictions in order to keep coronavirus at bay.

One company in Kilmallock did receive a timely boost from the pandemic, however. Irema Ireland, based in the town’s business park, was Ireland’s only surgical and respiratory mask manufacturer. In March, it ramped up to around-the-clock production as it dealt with unprecedented global demand. The firm, established in Kilmallock in 1985, would later expand its footprint across the business park, as the pandemic sadly continued.

For other companies, it was a case of temporary layoffs and, sadly, downsizing. One of West Limerick’s biggest employers, Kostal, laid off its 700-strong workforce temporarily, while office staff across Limerick began working from home, leaving the city streets errily quiet. In rural Limerick, Bank of Ireland closed a number of its branches.

As part and parcel of a lockdown, it meant Limerick, and the rest of Ireland, lost out on some of its big money-spinning tourist events through the year. The St Patrick’s Day parade and the International Band Championship were axed just as Ireland entered lockdown. And Riverfest, which draws thousands to Shannonside in May, was also cancelled.

Adare hotelier Elaine Fitzgerald Kane was installed as president of the Irish Hotels Federation, as the sector entered crisis mode.

Limerick’s enviable suite of world-leading biomedical companies came to the fore this month, as they played their part in the war on Covid-19. Regeneron developed a Covid-19 antibody at its headquarters in Tarrystown, USA. That led to a major jobs boost in Limerick, with 400 new staff announced, as the roles being carried out Stateside were effectively moved to its Raheen site in the summer.

On top of this, Johnson and Johnson developed  treatment, and another firm, Technopath Clinical Diagnostics, adopted its technology platform which neutralises infectious medical waste.

In Shannon, Bolgers Engineering, a medical equipment fabrication and assembly supplier, created 25 new positions as it ramped up supplies of its ventilator gear.

Arguably the biggest retail casualty of the Covid-19 lockdown occurred when Debenhams announced it was to close all of its Irish stores. Some 110 jobs were lost in Limerick, after the British retailer – which itself later went into administration – pulled support in Ireland. forcing the Irish business into liquidation. Almost 300 days since the Holy Thursday announcement, former workers keep an around-the-clock vigil outside the landmark unit at O’Connell Street, in a bid to secure what they feel is a fair redundancy settlement from the liquidator. Another big retailer, Mothercare, was wound up in Ireland, in a move which saw its premises in the Crescent Shopping Centre shuttered. It was replaced with a branch of Dealz later in the year. 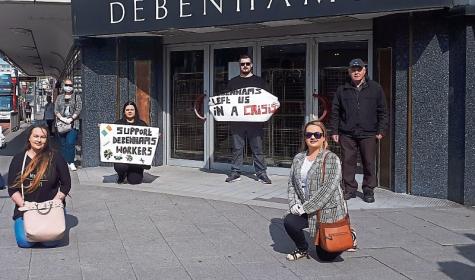 Renowned industrialist Dr Tiede Herrema, who survived a kidnap attempt by the IRA 45 years ago, passed away this month. He had headed the Ferenka wire factory in Annacotty.

Government unveiled a 100-day roadmap to take Ireland out of lockdown. Not for the first-time this year, there was outrage among owners of so-called ‘wet pubs’ which were being ordered to re-open three weeks after pubs and restaurants serving food on Monday, August 10. While pubs serving food opened on time, it was not until September 21 when pubs without a kitchen began trading again – before closing just a few weeks later.

Dozens of city shops re-opened for the first time in May, with hardware stores, electrical outlets and garden centres re-opening subject to strict guidelines and social distancing.

Discount retailers Aldi and Lidl submitted planning applications for rival developments on the city. Aldi is planning to open in Roches Street, Lidl is seeking a store at the Dock Road.

Limerick Council unveiled plans for a transformational new “urban playground” in the heart of the city. As the city geared up for the post-lockdown re-opening, restaurants and bar owners were given more pavement space, while parking spaces were replaced. Through the summer, there was temporary pedestrianisation of some streets – in a move which caused a bitter divide between traders and cycling campaigners.

Cruises Street suffered another blow, as Ann Summers confirmed it was to leave the pedestrianised thoroughfare. Later in the year, Argos left its prime unit at the top of the street.

There were queues through the night as discount clothing store Penneys reopened its outlet in O’Connell Street. These scenes were replicated at the start of December as the retailer re-commenced trading in the run-up to Christmas, having been closed between mid-October and then.

Uber downsized its operation in Limerick, as 137 positions were axed from its European headquaters in Thomas Street. It came as the ride-hailing service saw a slowdown in its heretofore rapid growth due to the pandemic.

In an extremely tough year for Shannon Airport, a number of routes were axed from Limerick’s local airport, as traffic fell away to almost nothing. In June, United Airlines said it will not resume its seasonal daily service between Shannon and Newark. Government has provided a series of grants in a bid to keep the independent airport afloat through the pandemic, including €6.1m in early July. While Ryanair last week announced a full summer schedule out of the base, fears remain over Aer Lingus’s presence, with the precious Heathrow slot still not operational.

The Limerick Leader exclusively revealed plans for a €40m euro arena beside Thomond Park stadium. Project Light is set to provide an indoor hall ready to host conferences and exhibitions. Connected will be a 150-bedroom hotel and a bar park. A funding application is being put together.

The region’s tourism sector was further rocked after it emerged King John’s Castle and Bunratty Castle were to close due to a drop-off in visitors from America. Government funding ensured a stay of execution for the tourism site until the end of the year, but workers there face into 2021 on continued furlough.

Sources confirmed that Teleflex Medical, located in the Annacotty Business Park was to shed 30 jobs. These job losses represented the end of temporary contracts, but the remaining staff at the medical technology firm were bracing themselves for short-time hours.

There were some rare examples of new businesses opening this year. In October, Jason Dineen and Ciaran Hanley opened a new boutique in Bruff’s main street. A new brewery, Crew, based in Thomas Street in the city centre also began trading.

The latest chapter of the Limerick 2030 renewal programme commenced this month with the masterplanning for the Cleeve’s factory taking off. A mixed use, potentially containing residential, is envisioned for the site.

A leading integrated payment and credential software solution company announced it will establish a next generation digital campus project in Limerick. Transact Campus, based in Arizona, will create 110 jobs locally over the coming years in the Engine building at Cecil Street.

There was unanimous agreement as Limerick councillors revealed spending plans for 2021. In a boost for business, the commercial rate will remain the same.

Food-serving pubs and non-essential retailers re-opened in the run up to Christmas – and Limerick’s All-Ireland win over Waterford provided a welcome trading boost in the hospitality sector. Sadly, the joy was to be short lived, with level 5 restrictions taking hold on Christmas Eve forcing their closure once again.