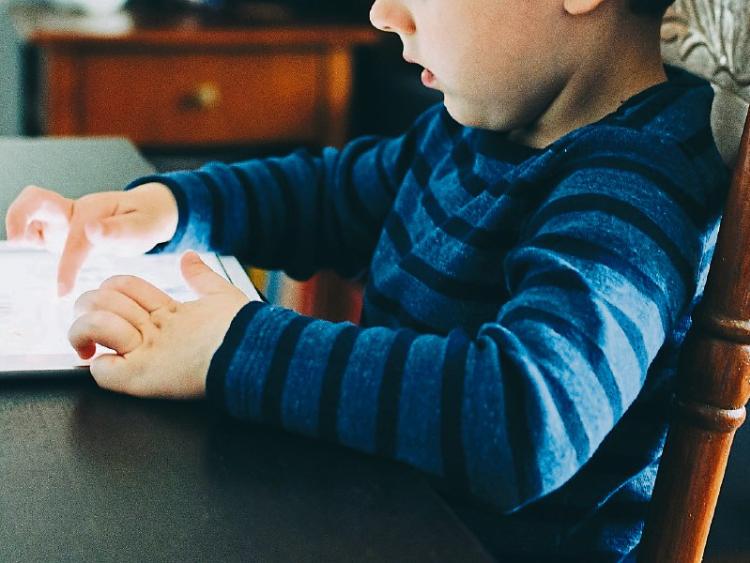 Many children in Limerick will receive electronic devices this Christmas

MANY Limerick children and teenagers will be waking up to presents of smartphones, tablets and games consoles under the Christmas tree on Friday morning.

In the modern world, and especially in these Covid times, they have become practically a necessity. But the conflict between their good and evil is a difficult one for parents to reconcile.

Garda David Higgins, based in Bruff, has trained as a forensic mobile phone analyst and also as a cybercrime first responder. The garda doesn’t mince his words when it comes to warning mums and dads about the dangers.

“I believe it’s wrong and negligent to hand over a device with access to pornography, violent and gruesome video content, unlimited capabilities to communicate with other strangers and with valuable personal information such as home location and bank information to a child without being accountable for how you restrict and regulate the use of that device,” Garda Higgins tells the Leader.

One of the key issues with phone safety is knowing what your children can and can’t access, says the garda with almost 18 years experience.

“Without proper supervision and parental locks, any smart device can now access almost any content on the internet and it’s not just limited to phones and tablets. More and more TVs have web browser capabilities and also gaming consoles come with the ability to access the internet and talk to other people using the platform online, usually through apps.

“In fact, one of the most common ways for people to interact who play videogames is through messaging apps on the device itself or syncing up their phone to the console. Where issues really start to arise is in situations where parents don’t fully know what kind of content the child is accessing or who the child is talking to online,” Garda Higgins.

He says parents should be mindful of messaging apps and social media apps with hidden features.

“There are thousands of different ones out there but usually most kids stick to whatever the latest and most popular are. The advice I would give parents is know which few are popular in their household and then try and find out what hidden features are there for some of these apps; usually a quick internet search will outline the pitfalls, for instance one of the most popular social apps has a hidden camera roll, usually protected by its own PIN. So if a parent had a look through the camera album on the device that we would all be used to, pictures saved onto this hidden camera roll would not show up. While the app and this function are not inherently bad, it’s the potential misuse of it that should be something parents familiarise themselves with, to best try and safeguard their kids,” explained Garda Higgins.

The Leader asked the Bruff-based garda about apps designed to fool parents. One we are aware of is a calculator. While it will add, subtract, divide and multiply as normal it also acts as a hidden vault for images and videos that children or teens don’t want mammy or daddy to see. Garda Higgins says “unfortunately there are more and more ways to hide things from the prying eyes of parents”.

“It’s why parents must shoulder the responsibility of knowing what’s on your child’s phone. You’re correct in saying there are file sharing apps which look like normal smartphone functions but which can also hide content on the device and it’s up to parents to educate themselves on how these apps work and what kinds are out there. There’s a myriad of them and ones like what you are referring to normally look completely genuine and even function as calculators. However, with the correct PIN or button combination, these apps then can open up a hidden storage vault on the device where pictures and videos are secretly stored by the user,” said Garda Higgins.

Through the Leader’s own investigations we have learned this is called Calculator + on Apple phones and Calculator Vault on Android. It functions like a regular calculator but if you enter a four digit pin code and press the % key it opens a hidden vault where you can store photos and videos that won’t appear on your normal camera roll.

Another example is the “My Eyes Only” feature on the messaging app Snapchat. If you open the camera setting and swipe up it brings you to the “memories” section. Swipe left here and it opens the “My Eyes Only” feature which is accessed by a pin code. Again, photos and videos you want to hide can be kept here. This isn’t just Snapchat. Other messaging apps have similar methods of keeping information secret.

However, Garda Higgins said almost all devices now come with the ability to add parental locks.

“On android devices it’s a matter of opening the Google Play store app, tapping menu settings in the top left corner and then turning on parental controls. The parent then has a few options of what type of content they would like to be filtered or restricted, including setting time limits on how long kids can access some of the apps, which again is very useful if you find a child is looking for too much screen time.

“For Apple users, the iPhone and iPad have parental controls under Screen Time in the settings. As well as being able to set time limits, parental controls should allow you to turn off in-app purchases, something all parents should be wary of when giving a small child a phone to play a game on as a distraction. We’ve all heard the horror stories of someone finding out their young child ran up a bill of hundreds of euro through in-app purchase for kids games,” said Garda Higgins.

What advice would he give a parent planning on giving their child or teenager a smartphone or tablet this Christmas?

“I would say don’t be afraid of it, despite me scaring you with stories of what can go wrong! Take the initiative and responsibility and educate yourself before you hand it over. Have your parental controls set for the appropriate age group your child is and remember that you are in charge at the end of the day. If you are not happy with the way your child is using a device then take it away from them, because ultimately a lot of the responsibility lies with you. Don’t believe it wont happen to you and don’t think that because it’s a games console it can’t do as much damage as a phone or tablet.

“For social media and concerns about hidden features on apps, just be open and have a conversation with your kids and let them know what’s OK and what’s not for them because each family is different. If you’re concerned about a particular app, Google it! There’s a lot of information out there and it’s easy enough to find. I would say as well that gardai like myself are very active in giving school talks and demos to kids, and we’re always open to being contacted to come to a school or community meeting to address a particular concern. Don’t be afraid to ask us or ask the school to have us call in, we’re only delighted to be out meeting more members of the community and engaging with kids at a young age to help guide them through what can be a minefield of issues online,” concludes Garda Higgins.

In next week's Limerick Leader, Garda Higgins discusses the rise in online bullying and sexploitation.