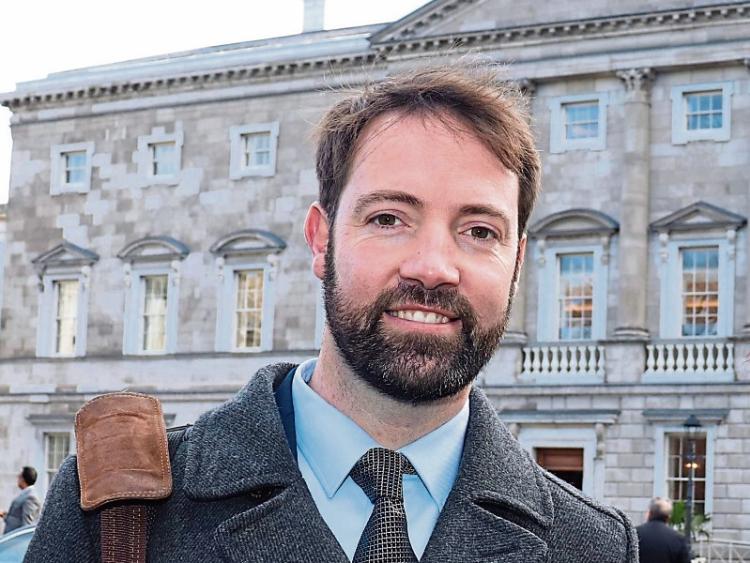 GREEN Party TD Brian Leddin has defended the fact he did not present at the oral hearing into Irish Cement’s €10m plan for Limerick.

Mr Leddin was the city’s only Dail representative who did not address the Environmental Protection Agency (EPA) inquiry into the firm’s proposals for its site in Mungret.

However, local Green councillor Sasa Novak – who replaced Mr Leddin upon his elevation to the Oireachtas​ – spoke, as did Claire Keating, a member of Limerick Against Pollution, who also ran for the party in February’s general election.

In hugely controversial plans, Irish Cement is planning to switch away from fossil fuels and instead use solid recovered waste and used tyres in production of the building material.

Mr Leddin said he did not speak as he has been putting hours of work into his role as chairman of the Joint Oireachtas Climate, which released its report on climate change on Friday.

“We started doing the pre-legislative scrutiny back in early October through the committee on climate action. It comprises of 14 Oireachtas members, nine TDs and five Senators. We decided to invite in experts on climate governance to hear from them. Over the course of the 10 weeks, we heard their thoughts on the draft bill before deliberating in 20 private sessions, and also multiple bilateral sessions to come to a consensus report,” he said, “The issue is so serious, there needs to be incredibly high engagement from across the political spectrum. We achieved that through serious efforts by all parties and none.”

The first-term TD said in normal circumstances, he would have been happy to take part in the Irish Cement hearing, and before it kicked off, called for it to be held physically, rather than just online, once the Covid-19 crisis had died down.

“I’m opposed to the plans for Irish Cement. As of now, I do not see that the concerns have been allayed. There is a very legitimate public health concern that does need to be looked at very carefully. We have to apply the precautionary principle when doing this kind of thing,” he said.