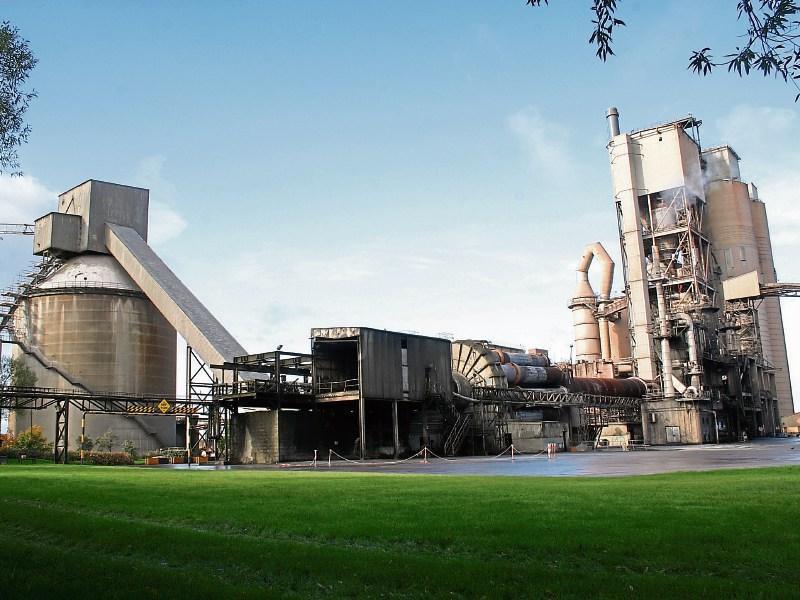 Irish Cement is seeking to change its process in Mungret

THERE is a danger the Shannon Estuary could become a “cesspool for dirty industry”, campaigners have warned.

Speaking at the second day of a five-day hearing into Irish Cement’s proposals for Mungret, Limerick Against Pollution’s Claire Keating showed a diagram of the various industries planned or currently on the banks of the Shannon and its entry into the Atlantic Ocean.

She highlighted the oil-fired generator located in Tarbert, the coal-fired generator at Moneypoint, Rusal Alumina located At Aughinish and the controversial Shannon LNG project proposed in Ballylongford.

“Now add Irish Cement to the list of these dirty industries and you can clearly see the estuary and Limerick has become a location to attract more of the same type of industry. We would essentially be a cesspool for dirty industry,” she said.

In controversial proposals, Irish Cement is seeking to replace the use of petroleum coke and other fossil fuels with solid recovered waste, used tyres and other materials.

Thousands of people have objected to the Environmental Protection Agency (EPA) which is now holding an inquiry to the proposals. Chief among their concerns are an increase in dioxins into the air, and the health risks this could cause.

Irish Cement has long maintained that its reforms will not pose a threat to the environment, and doubled down on this position today, with its marketing director Brian Gilmore telling the hearing it would help the firm further reduce its carbon emissions.

While the first day of the hearing, which is being held online, was dedicated to Irish Cement’s case, today it was the turn of Limerick Against Pollution, the main opposition group to the firm’s €10m proposals.

Dr Angus Mitchell said: “Why should we consider there is an environmental health risk when Irish Cement tells us there isn’t? The answer is simple. Because the EPA tells us so.”

He pointed to a 2007 report which related to an assessment of a National Waste Management Plan.

“On page 72, the EPA says cement kilns can emit large volumes of dust which in addition to being a respiratory hazard, can act as a medium for the transport of other air pollutants,” Dr Mitchell told the hearing.

“Despite the evidence, they [Irish Cement] keep telling us there are no risks. There are risks Mr Gilmore. There are risks. You need to face up to them. You cannot keep denying them. We feel very threatened by this, and you don’t seem to understand that. this is on the record now as to how threatened we feel," he added.

Dr Ioannis Zabetakis of the University of Limerick’s health research institute feels Irish Cement has not properly evaluated the hazards and calculated the risk.

He said: “These are questions now just to Irish Cement, but also the EPA. How will you monitor these hazards in an independent way and create data which speaks for itself. We don’t need to look at literature to find out if incineration or co-incineration is safe or not. We need to do a trial run in the kiln at Irish Cement itself. We need to put proper monitors at the top of each chimney.”

Also speaking for Limerick Against Pollution, environmental health expert Jack O’Sullivan said if the environmental regulator does not refuse Irish Cement a licence to operate – the last hurdle the firm has to clear  – it should issue permission for just five years, and which would not permit the use of any materials which could be recycled instead.

Addressing Mr Gilmore directly, he said: “You’ve only been given five years [to build the storage facilities] by An Bord Pleanala. I’m suggesting to the EPA that they should only give you five years as a maximum for a licence to burn potentially recyclable materials. That’s the future you should be looking at.”

Mr O’Sullivan also called for a cement tax, and suggested that planning laws be refined to make it easier for timber homes to be constructed in Ireland.

And he even suggested Irish Cement should look to wind down its operation on the edge of Limerick city.

“It’s an old plant which has kept going, yet somehow you’re trying to prolong its life, instead of saying, we’ve done well. It’s served us extremely well. Let’s think in terms of a final closure date by a particular year you might like to name,” the scientist said.

Commercial director Mr Gilmore responded: “We have no ambition to close the factory. I would see a long future for cement production. Cement which is the key ingredient after water on a global basis. It’s the second most used substance on the planet. Why is that? It’s because it’s a very reliable local material which can be used to construct a wide range of very different applications.”

In her testimony, solicitor Michelle Hayes said: “No assessment has been furnished and no account has been taken of the toxic effects and damage caused to the bedrock and the adverse impact on the groundwater at the Irish Cement site.”

The third day of the oral hearing into Irish Cement’s plans for Mungret begins at 10am tomorrow morning.

You can view proceedings from 10am below here.