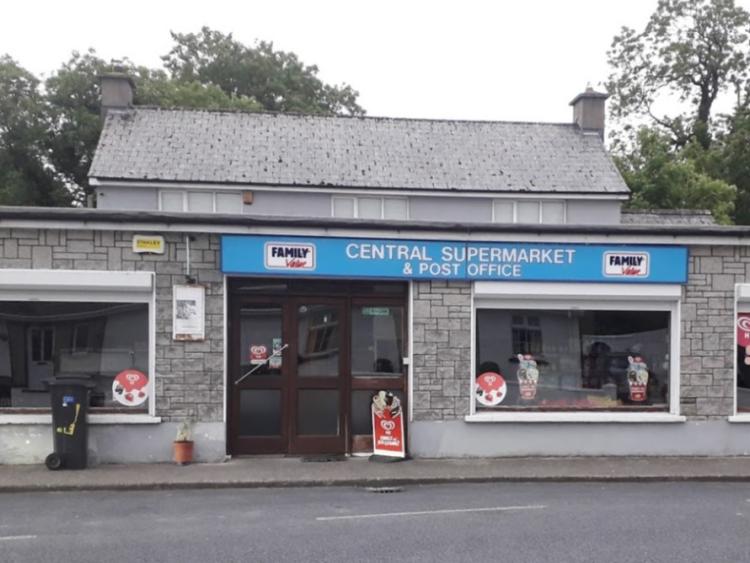 Feenagh Post Office and shop prior to the burglary / Picture: Google Maps

A SAFE was the target of a second burglary in County Limerick in the early hours of this Thursday morning.

One was taken during a burglary at Supervalu in Castleconnell around 12.40am. Read story here

Then at approximately 3.40am, Feenagh Post Office and shop was broken into. According to one local, a high powered car was used to drag the safe, located at the back of the premises in the post office, out onto the road.

A garda spokesperson said: "The inside of the post office was badly damaged. An attempt was made to remove a safe, which was unsuccessful. A number of items were stolen from the premises. Enquiries are currently ongoing."

A spokesperson for An Post said Feenagh Post Office is "closed for reasons beyond our control and will reopen as quickly as possible".

"Department of Employment Affairs and Social Protection payments and all other services will be available at Dromcollogher Post Office from later today," said the spokesperson at 2pm this Thursday.

Mayor and local councillor, Michael Collins said he was very disappointed to hear that the post office in Feenagh was robbed overnight.

"It must be a very traumatic experience for the family - I know the family quite well. We’re all thinking about them at this time and hope that everything will be OK for them," said the mayor of Mayor of the city and county of Limerick.

He continued: "I hope that the gardai will bring this to a speedy conclusion; that the perpetrators of the crime will be found and dealt with. Anybody with any information should contact gardai."

Gardai are trying to establish if the burglaries in Castleconnell and Feenagh are linked.

Toomey's Service Station in Monard was broken into in the early hours of Tuesday morning. Read this story here