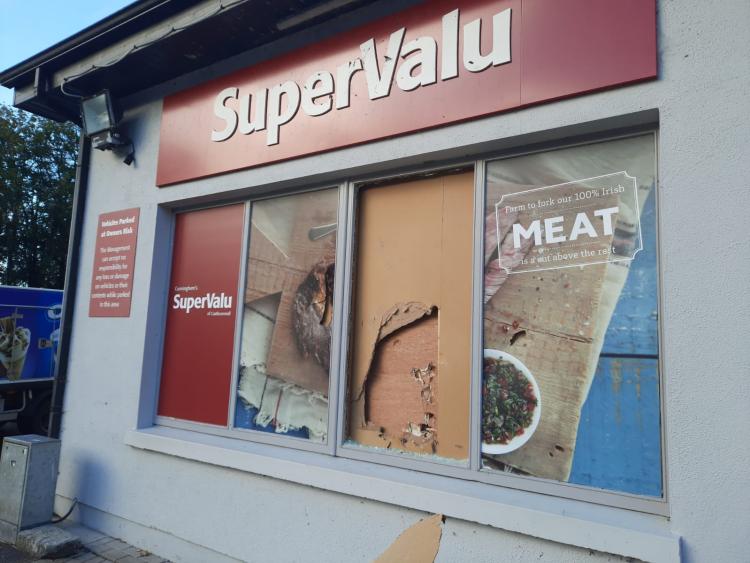 The burglary occurred at SuperValu in Castleconnell

GARDAI have launched in investigation after a safe was 'removed' from a busy supermarket in a Limerick village.

The safe was taken during a burglary which occurred at Supervalu in Castleconnell at around 12.40am this Thursday.

The culprit or culprits entered the premises by smashing a window and had fled by the time gardai arrived at the scene - minutes after the alarm was raised.

Local gardai and detectives from Henry Street station attended overnight and an investigation is underway.

Enquiries are being carried out in the locality today and CCTV is being obtained.

A garda spokesperson confirmed that no arrests have been made.

There has been no indication as to how much cash, if any, was in the safe.