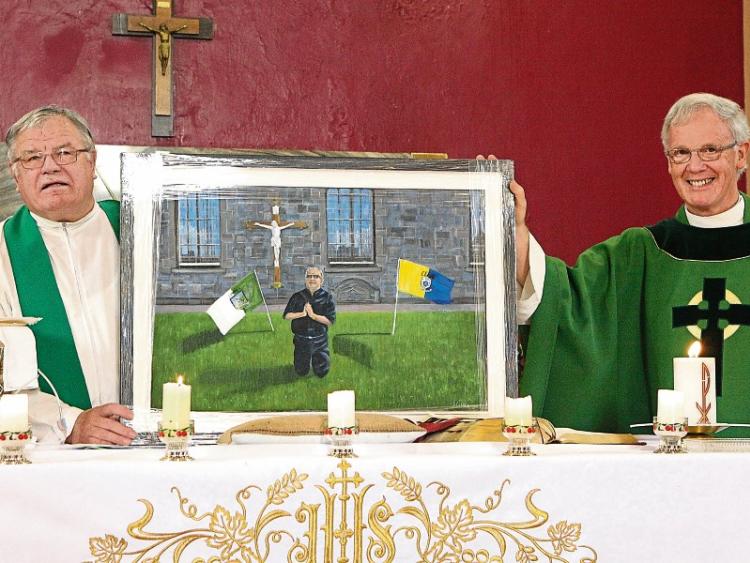 TEARS were shed in Meelick-Parteen church but it wasn’t a funeral.

It was both a celebration of Fr Tom Carroll’s time in the parish and a farewell to the priest from Effin.

After 14 years in Meelick-Parteen, Fr Tom, as he is known to one and all, has been appointed co-parish priest of Pastoral Unit 10 - Ballingarry/Granagh, Rathkeale, Knockaderry/Cloncagh.

Read also: Bishop of Limerick thanks retiring priests as clerical changes are announced

Fr Tom started in his new role in west Limerick ten days ago. But he was left in no doubt about the esteem he was held in by the parishioners of Meelick-Parteen at the special Mass.

Reflecting on his time there, Fr Tom joked, “They didn’t throw me out anyway”.

“I am sad to be leaving. I made a lot of friends. I was very happy here. I had a good time here and I enjoyed it. I knew a lot of people in Meelick from my time in Caherdavin. I used to go out around Meelick walking so I was very familiar with the territory,” continued the proud Effin man.

Fr Tom’s great friend - Canon Donal McNamara - said the Mass and gave a beautiful homily. He presented Fr Tom with a special commissioned painting. It is a recreation of a fabulous photograph taken by Brian Arthur in 2013. The then Press 22 photographer captured Fr Tom on his knees beseeching the Lord to help Limerick defeat Clare in the All-Ireland semi-final.

His prayers weren’t answered then but they were in 2018.

Veronica Garvey, of Meelick-Parteen Pastoral Council, said the “craic was mighty” between the priest and his flock whenever Limerick and Clare played.

On a serious note, Ms Garvey said she, like everybody in the parish, was very sad to see Fr Tom go.

“People were very sad. A lot of older and younger people couldn’t believe it.

“He was certainly very good to people who had difficulties, those who had bereavements and was very good at visiting the sick in the hospital and the hospice,” said Ms Garvey, who added that Fr Tom is as popular with parishioners as he is with his fellow priests.

The size of a cheque from a very special collection from locals reflected how highly thought of Fr Tom was.