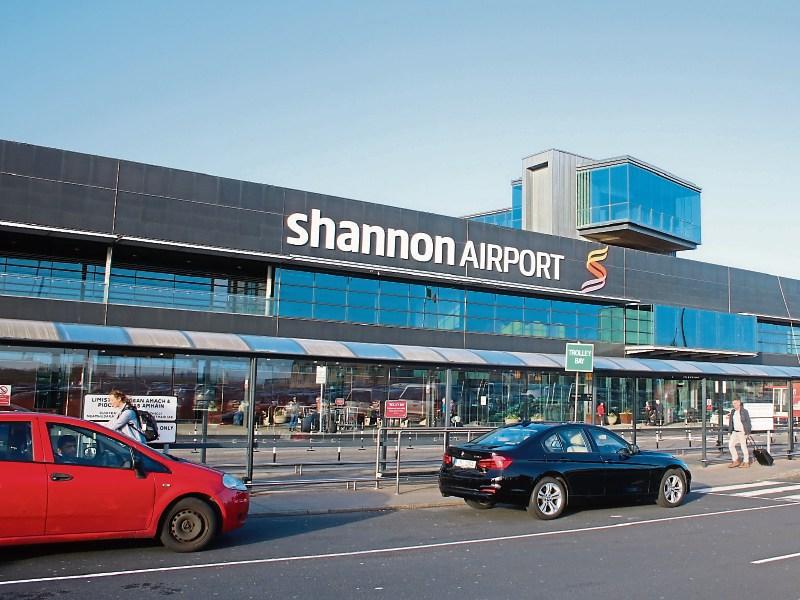 Shannon Airport has been severely impacted by Covid-19

CRUNCH talks on the future of Shannon airport have been held between the mayors of Limerick, Clare and Tipperary, alongside airport bosses.

At this month’s full council meeting, Mayor Michael Collins told members that an alliance to talk on the viability of Shannon has been formed.

“We have a lot of effort made already to keep Shannon where it is and further develop Shannon for the mid-west region,” he said.

The intervention comes with Shannon arguably the worst-impacted of Ireland’s airports in terms of Covid-19 with passenger numbers still down 87% year-on-year, despite the re-entry of Ryanair into the base.

There’s uncertainty around the future of the Aer Lingus base in Limerick’s local airport, and the treasured connection to London Heathrow.

Fianna Fail councillor Kevin Sheahan saw a notice of motion passed unanimously urging an alliance be formed to “lobby the government to ensure the future prosperity” of the base.

“It’s heartbreaking at the moment if you drive into Shannon Airport and see the car parks empty. You get a very clear message of the lack of activity in that international airport. There's only a handful of staff around. There are no people, no customers nothing happening,” the former mayor said.

However, the veteran councillor added that he remembers a time, two decades ago, when Shannon was in similar dire straits.

Then, politicians from across the region united, and a rally was held in O’Connell Street.

Cllr Sheahan aid: “It's vitally important local authority members become involved and initially, the mayors and the chairs and impress on government, opposition and everyone in the Houses of the Oireachtas  what we've always said: Shannon Airport is the lifeline of national activity in the mid-west. We need to make strategic decisions which will ensure that Shannon Airport gets fresh thinking outside the box.

“Our international airport must not be lost. If it's lost once, we may never have it again,” he warned.

Independent councillor Emmett O’Brien added: “There is a cultural thinking in this country that anything outside the pale is just to be left abandoned. Shannon is on its own, there is no national strategy to develop Shannon and keep it as an international airport.”

A senior minister needs to be in the region to give Shannon a voice in cabinet, he argued.

Sinn Fein councillor John Costelloe suggested the return of Shannon Airport to the auspices of the Dublin Airport Authority (DAA).

Taking Shannon out of the DAA left it with no bargaining power whatsoever. The result is that Cork Airport, which is still with the DAA is puling ahead of Shannon in terms of passenger numbers.”

He criticised the wording of the motion, saying it’s “akin to Nero fiddling while Rome  burns. They say the train has left the station. Unfortunately, I'd say the plane has left the airport. It’s far too little, far too late”