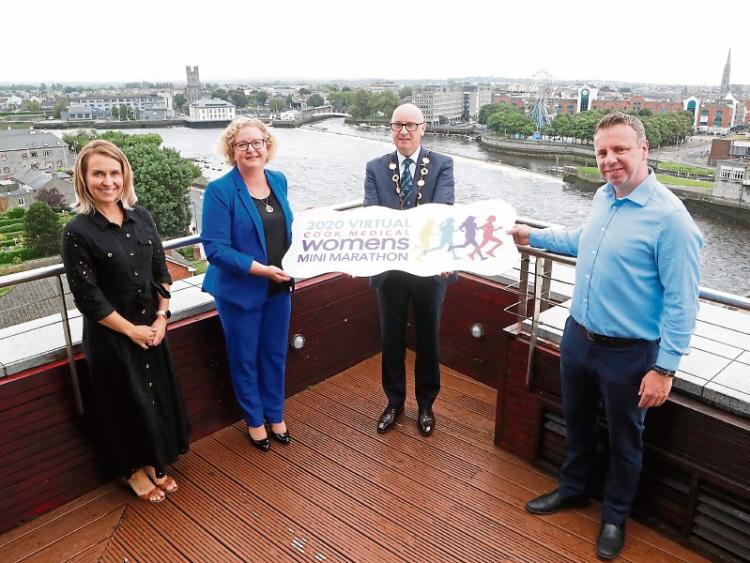 THE organiser of this weekend’s Limerick Women’s Mini Marathon says he’s been taken aback by the ‘unprecedented’ level of interest.

Sponsored by Cook Medical, the annual event is taking place virtually this year with all funds going to 12 nominated charities.

Almost 2,500 people have already registered to take part in the event which is more than double what had been anticipated by the organisers.

“Not in my wildest dreams did I expect to be anywhere near that figure to tell you the truth. Those numbers are off the charts for a virtual event,” said Race Director John Cleary who said most virtual events attract around a third of the numbers which would attend a physical event.

“Obviously the charities are the big winners but it’s fantastic for everyone involved and it really is a vote of confidence for this virtual space in Limerick – it shows there is a huge appetite to do something and albeit it’s not the same as the real thing,” he added.

Participants in this year’s Limerick Women’s Mini Marathon can choose their own route and a time that suits them anytime on Saturday and Sunday. They are being encouraged to share photographs on social media and they can also upload their times to the official website if the wish.

Such is the level of interest in the virtual event, the organisers had to order additional medals and tops for participants.

“Most of those who have registered are from the Mid West with a huge concentration in Limerick but there are people from Clare, Tipperary and North Cork too. There are other people from further afield – we have had people from Australia and the USA, Austria, Denmark and the UK because they can do it virtually without having to travel back to Limerick,” said Mr Cleary.

All of the funds from the registration and any fundraising will go to 12 nominated charities and the person can pick the charity of their choice.

It is hoped that around €40,000 will be raised for the nominated charities by the year’s event.