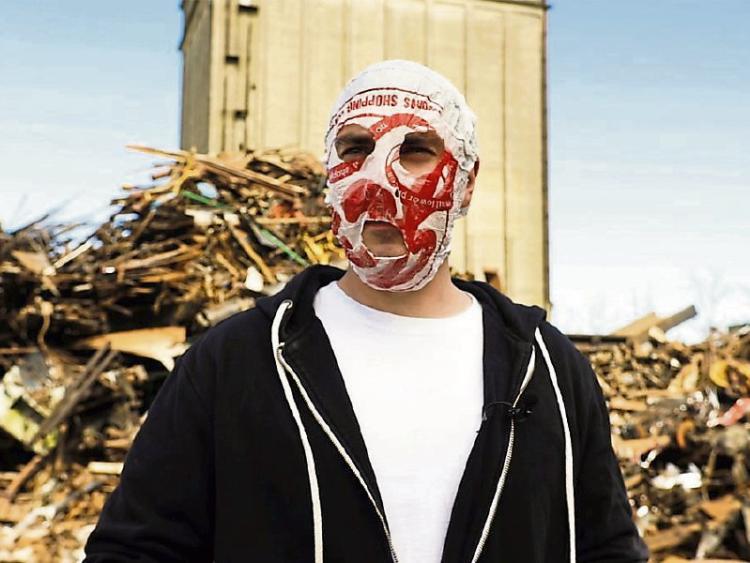 LIMERICK’s comedy and social commentary icon, Blindboy Boatclub, has joined the cream of the crop of television talent after being nominated for a prestigious UK broadcast award for his highly lauded BBC series, Blindboy Undestroys the World.

This Monday, Blindboy announced on social media that the documentary series was nominated for Best Popular Factual Programme at this year’s Broadcast Digital Awards, the winners of which will be announced in October.

The series follows the Limerick man—one half of acclaimed comedy duo The Rubberbandits—fuse undercover reporting, investigative journalism and erudite social commentary on contemporary issues, such as the housing crisis and toxic internet culture.

In one episode, the musician and author managed to convince a group of Instagram influencers to promote a fictitious drink called Cyanora, containing hydrogen cyanide, a lethal chemical that can cause death upon consumption.

Blindboy told the Leader he was “pure happy” to be nominated and that it “feels like giving St Munchin’s ghost a wedgie”.

“A huge amount of work went into this show over the course of a year and a half. I was writing a book, doing my weekly podcast and touring the whole time I was writing this show. I had an incredible team of journalists and show runners who helped with that,” he said.

Co-written and directed by James Cotter, the nomination comes 10 years after Blindboy wrote his first ever professional television script for RTÉ comedy show Republic of Telly.

“There’s a lovely smell of a journey to that too,” he said.

Though it is a BBC project, funded by “English Queen’s pounds from the British taxpayer”, a large sum of the production was filmed in Limerick, using local talent. This was a demand of his in an attempt “to address promises that weren’t kept after the signing of the treaty in 1691”.

In addition to filming in Limerick, Blindboy teamed up with Limerick School of Art and Design’s Mike Fitzpatrick to give his film and photography students an opportunity to get firsthand experience on set.

These opportunities were non-existent for Blindboy when he was a teenager, pining for a job in the television sector.

“Opportunities for that were non-existent in Limerick at that time. I truly believe that film and tv is the future of Limerick. A genuine home grown industry, with local skill. Not relying on outside corporations who’ll f*** off as soon as there’s a recession. It was lace and fabric for a while, then it was ham, and now it’s film and television. Lets become famous worldwide for art. We can do that. The infrastructure is here now. Now we have Troy studios, now you can study film and TV below in LSAD,” he said.

And while there are no TV projects on the horizon due to the pandemic, Blindboy is in the process of writing a book of fiction. This is on top of his weekly podcasts and his live Twitch streams, which have caught international attention.

“I can’t wait to be back on the road with my live podcast though, whenever that’s going to be allowed. I was supposed to be on a six week tour of Australia right now, over in the sweat of Brisbane, avoiding the sideways Limerick rain you get in September.”

The Rubberbandits have released two songs and accompanying music videos, entitled Waiting and Bertie Ahern, the first in two years.