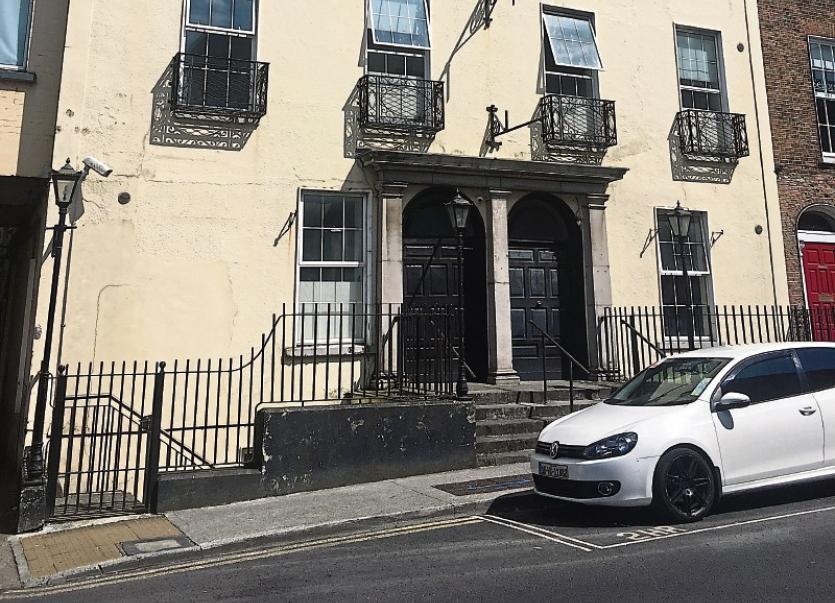 THE CEO of a migrants rights charity has called for the Direct Provision system to be “dismantled” following a number of recent Covid-19 outbreaks in facilities across the country, including a centre in Limerick.

In a press conference last week, acting chief medical officer, Dr Ronan Glynn told reporters that there were outbreaks in two Direct Provision centres, one in Bray and one in Limerick.

At present, there are three Direct Provision accommodation facilities in Limerick, following the closure of Mount Trenchard in Foynes earlier this year.

They are Hanratty’s Hotel on Glentworth Street, an own-door family facility in Limerick city, and one city hotel which has been contracted to accommodate residents since July 2019.

While Dr Glynn, the HSE and the Department of Justice did not confirm the exact facility, the Limerick Leader is aware of a letter that was issued to Hanratty’s Hotel on August 1, alerting those involved in the centre of a positive case.

Close sources to Direct Provision services have not reported any positive cases in the other two centres. An outbreak constitutes at least two cases in close confinement of a single location.

John Lannon, CEO of Doras, a not-for-profit migrants rights organisation on O’Connell Street, said the pandemic has highlighted how the most vulnerable have suffered the most.

“The problem with people living in ‘for-profit’ Direct Provision centres is that they are sharing eating spaces, they’re sharing bathroom facilities, they’re sharing rooms with strangers,” he said. He explained that “for-profit” centres are those that are not owned by the State.

“Beds are just a few metres apart in many cases, and you can’t socially distance when you have to sleep and live with people that you don’t know. And as a result, the Direct Provision centres are still—because it hasn’t been addressed—one of the locations where we are continuing to see outbreaks.”

He added: “The programme for Government has said that the abolition will happen in the lifetime of the Government, but there are urgent measures that need to take place immediately to address the conditions that people are living in some places like Hanratty’s.”

Mr Lannon said that people are “left languishing in unfit, institutional settings for years” which renders them vulnerable to Covid-19.

“It has a very damaging effect on mental health. In situations where there are families involved, it has significant negative impact on the development on the children as well. The system of Direct Provision essentially needs to be dismantled and replaced with something different.”

Mr Lannon noted that there has been a more progressive move to own-door, independent living, of which there is an example in Limerick.

On March 23, the Department of Justice set up a new Direct Provision centre in the city. The contract with the proprietor is to last for 12 months. The Department would not release the cost of the contract “for reasons of commercial sensitivity”.

A spokesperson for the Department of Justice said that reporting on outbreaks and confirmed cases “is a matter for the HSE”, but that the HSE does not provide details on affected Direct Provision centres. However, the spokesperson said measures are in place to address Covid-19 cases, should they arise.

“The established procedure across all Direct Provision centres where a person is confirmed as having the virus or is a close contact is that they are moved to a dedicated offsite self-isolation facility. Residents also have the option to self-isolate on-site if required, in line with public health advice.”

A spokesperson for the HSE said that Direct Provision is the responsibility of the Department of Justice “and queries in relation to same should be directed to that government department”.

When asked about the positive cases at Hanratty’s Hotel, the spokesperson said that it cannot comment on individual cases or outbreaks “to protect the privacy and confidentiality of the people and businesses involved. The HSE cannot provide details on Direct Provision Centres affected by Covid or tests or results of residents of these centres.”

The spokesperson added that it is currently finalising a plan to “mass test” residents at centres to “further control the risks to these residents”.