Principal of Limerick school happy to be back after lockdown 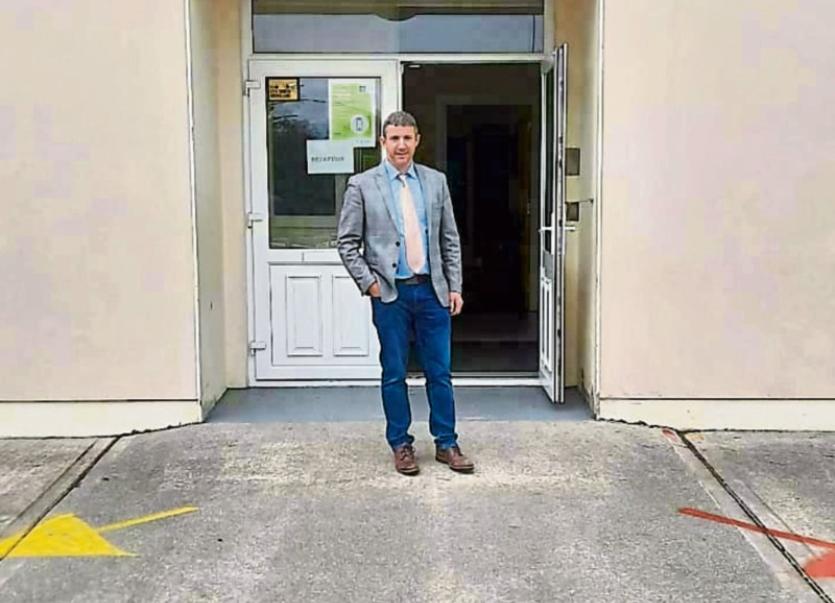 FOR the almost 200 students at ​Killoughteen National School, just outside Newcastle West, things looked very different when they returned through the school gates.

That’s because for the last few weeks, principal Willie Curtin and his staff have foregone much of their summer holidays to ensure the school was ready, and safe for students to return amid the Covid-19 pandemic.

“It’s been constant. There’s been an awful lot of effort. My daughter asked me would it be possible for me to take a day off,” Mr Curtin admitted.

The first thing a child does when they come into the school is sanitise their hands at the gates.

“They will then all go directly into their own classrooms where they’re met by their teachers and they have an assigned chair. They would have staggered lunch breaks. When kids play, they play with just their own classes. They don’t mix with other classes, so they’ve got a lot more room in the yard,” the principal explained.

There are sanitisation stations now at key points in the school, and it’s being drummed home to the children that they should use them as often as possible.

Mr Curtin said: “The children get hand sanitiser gel from their class teachers at key points in the day, on arrival to school, before eating, after playtime outside, and leaving school in the evening. They’d wash their hands after the bathroom and they’d still sanitise after that.”

“We’ve upgraded our toilet facilities in the school just to make sure every class is not sharing and would have access to their own toilets. If there is one class using the toilet, no other class in the school would be able to use that one.”​

Arguably the biggest change at Killoughteen National School is the fact that staggered school finishing times have been brought in, to prevent large crowds of parents gathering on the narrow country lane.

The biggest challenge for principal Mr Curtin was the fact the guidelines were slow in coming in and were not clear.

“There were a lot of media headlines and scary stories for parents, so they didn’t know what to expect. There was lots of news about pods, and questions came around whether children would be allowed play together,” he said.

Thankfully, since the autumn term started, things have gone well, he said.

"Since we have come back, the kids seem really happy.

“I think everyone is just very thankful to be back and that things seem to be running efficiently,” said Mr Curtin.