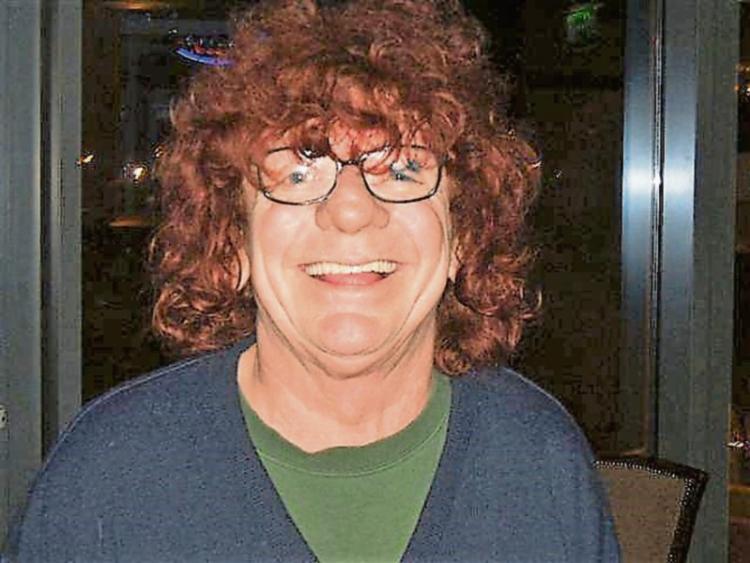 WARM tributes have been paid to a popular Limerick musician, storyteller and weaver, who has sadly passed away.

The life and times of Gerry O'Brien, who was a very recognisable figure on the local culture scene, will be remembered at a funeral Mass in St Michael’s Church, Denmark Street this morning.

It was in this street which his father originally owned O’Brien’s Pub which would later become Joe Malone’s before being demolished.

With his distinctive red curly hair and thick glasses, Gerry would be known by sight to people who would not have had the pleasure of speaking with him.

Lifelong friend, popular Limerick poet John Liddy described him as “a character” and “the last of the hippies we would have known of.”

“He was a 1960s man, very peaceful, friendly and gentle. We will all miss him, those of us who knew him. He was very good to me down through the years. He would turn up at my poetry readings and help out and organise things for me.”

Sadly, since he now lives in Madrid, Spain, John will not be able to be present at his funeral today.

Instead, he has resurrected a ballad he wrote about an adventure he and Gerry – also a keen yachtsman – had along the River Shannon.

“I remember Gerry was very good on coins. He had two silver coins and he played them. He got a great sound of them. It was brilliant. He’d join in with anything. But he could laso play the bongos, and a number of other instruments. I used to really love getting to Limerick and meeting up with him,” John added.

Dominic Taylor of the Limerick Writers Centre described Gerry as “a character, but also a very gentle guy”.

“Everybody loved him, you could see from the comments left on our Facebook page. It’s incredible the amount of people he was  acquanted with. He was a free spirit in the real sense of the word. He lived a full life, unfettered by the normal cares other people had,” he said.

Gerry, who was suffering from cancer, died peacefully in University Hospital Limerick across the weekend.

The beloved son of the late Batt and Kitty O’Brien, and the dearest brother of Miriam, Rena, Rose, Pat and Eugene, plus the loving uncle of Alex.

He is sadly missed by family, relatives and his many friends.

His funeral Mass takes place at 11am today before his cremation in Shannon later.

In compliance with current guidelines, the funeral will be restricted to family members and close friends only.

Messages of sympathy may be expressed by visiting www.griffinfunerals.com or by post to Griffin’s Funeral Home.