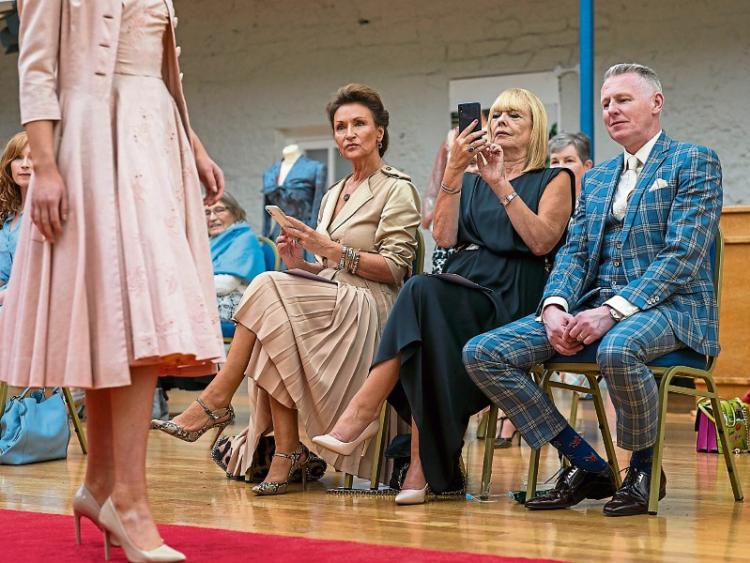 THE Foynes Flying Boat and Maritime Museum celebrated what would have been Maureen O'Hara's 100th birthday on August 17.

We at the Holman Lee Agency were absolutely thrilled to be part of this fantastic event as we showcased the Hollywood stars iconic personal collection which consisted of clothing, hats, bags and shoes.

This unique event was live streamed to thousands of viewers online across the world. As I sat and watched the phenomenal collection of her clothes, she was undoubtedly a style icon in her day. Any of the looks showcased could be seen on trend even now, no matter where you are in the world. She was known as the Queen of Technicolor and starred in some of the most iconic movies which I continuously watch such as the Christmas special Miracle on 34th Street and the iconic The Quiet Man which was set in the beautiful west of Ireland.

She co-starred with some of the greatest Hollywood film stars such as John Wayne and was winner of an honorary Oscar in 2014 presented by Clint Eastwood and Liam Neeson, and also a winner of IFTA Lifetime Achievement Award in 2004.

Her connection with Foynes is due to her marriage with famed US Air Force Pilot Brigadier General Charles Blair who flew flying boats into Foynes during WWII. The story and history is so immense and I think there is one lady in particular who deserves all our praise, the incredible company secretary Margaret O'Shaughnessy who was director and driving force behind this event.

If you missed out on the live stream, the full fashion show is now available to view on the Foynes Flying Boat Museum Facebook page.

Also make sure to keep an eye out for the Nationwide special for more insight of the event.

Chat to you next week.