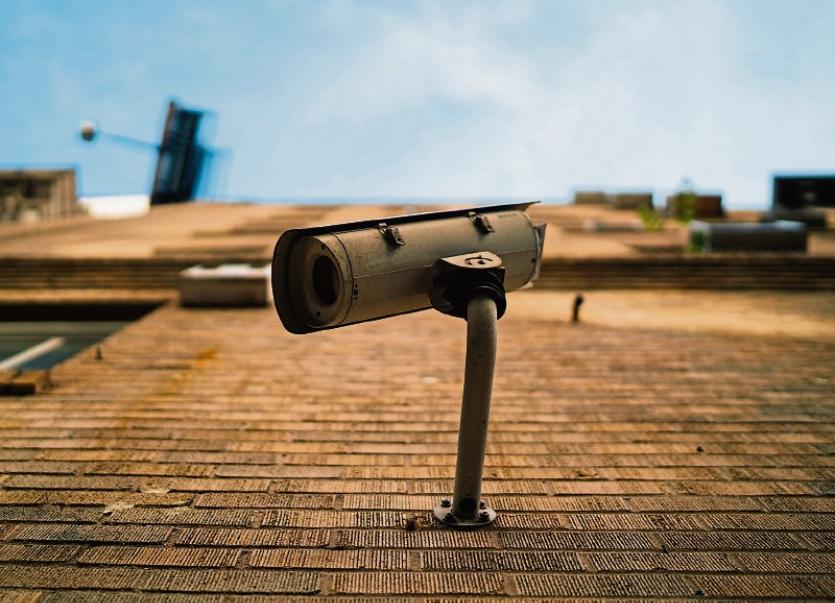 More than 1,500 hours of CCTV was recorded by Limerick City and County Council between January and May

LIMERICK City and County Councilrecorded more than 1,500 hours of closed circuit television (CCTV) between January and May of this year.

The figures, from Dr Mihai Bilauca, the authority’s head of digital strategy were presented to members of the Joint Policing Committee.

Of the 429 (publicly-funded) cameras across Limerick, the equivalent of 24 days worth of footage was taken, the council official said.

However, he acknowledged 16 communities county-wide were still seeking CCTV.

Chairman of the committee, Cllr Adam Teskey pushed for more CCTV to be made available in Rathkeale.

Fianna Fail councillor Bridie Collins asked why it is the council responsible for administering the CCTV and not the Department of Justice.

She was told this is related to legislation.

Cllr Stephen Keary said he is “disappointed”, claiming quite often, the cameras break down, especially when they are needed in the solving of crime.

”There should be some kind of trigger mechanism to tell us it is not working so we can get out and fix it. It is happening week in, week out,” he said.

It was something Cllr Teskey agreed with.

He said: “I am finding it hard as the public representatives are getting the questions and we are unable to give the answers we would like.”

Dr Bilauca said “every effort” is being made to rectify this, but acknowledged “all operations suffer some downtime.”

“At the moment, we are relying on footage from private residents. I do not think this is how it should be. We are crying out for CCTV,” said the Fine Gael member.

“We cannot put cameras everywhere,” he said on the Hyde Road.

Fianna Fail councillor Kevin Sheahan said a public relations exercise should be put in place to encourage “to inform the public of the benefit of the cameras and how they help the gardai.”

Labour councillor Conor Sheehan says many parts of the city’s northside have CCTV, but incidents are missed as they are pointing in the wrong direction.

While across in Raheen and Dooradoyle, there are no cameras at all, said Cllr James Collins.