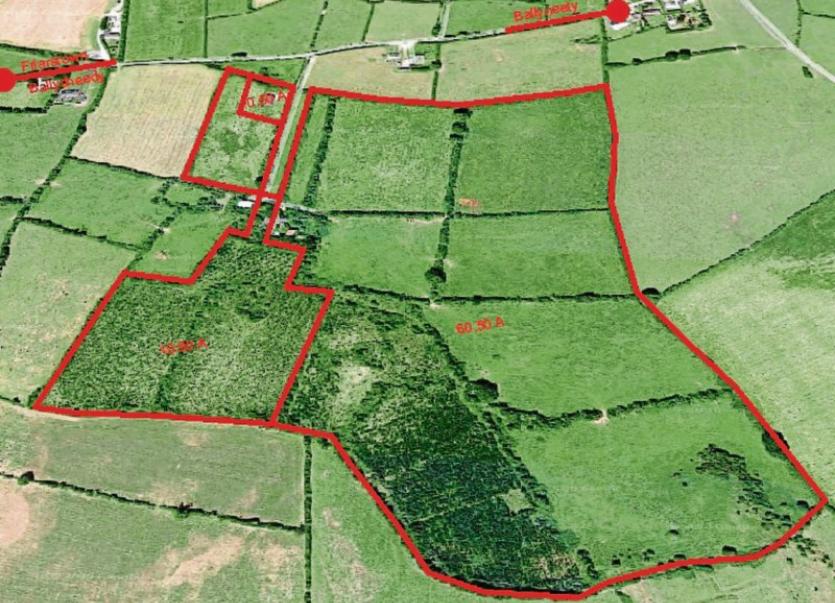 THERE were a number wearing masks at the auction of 70 acres at Lickadoon, Ballyneety but not by the four who were bidding.

The man with the gavel in his hand at Ballyneety Golf Club on Friday last, Billy Gabbett said: “No one that bid me had a mask on but I’d say if he was going to bid, the mask would have come off!”

A slight twitch of the lips or upward curl of the lip to subtlety indicate a bid would have been disguised by the face covering.

Prior to the first physical auction in County Limerick since lockdown, Mr Gabbett reported strong interest and this was reflected by the turn-out. Just under 50 attended. They were all logged in and positioned in a socially distanced manner.

Four men in the room were involved and they continued to fight it out. The Leader understands two were local farmers; one was a solicitor representing a client and the remaining man was a businessman.

“I pushed it on again. It went to €600,00 and went on the market at that stage. There were still four then. They battled on,” said Mr Gabbett.

They went head to head until €805,000 and the solicitor called it a day. The businessman had won the day and the 70 acres and old world two-storey farm house in Ballyneety. The home needs a lot of work so it would have been only a nominal part of the price - it works out at €11,344 per acre.