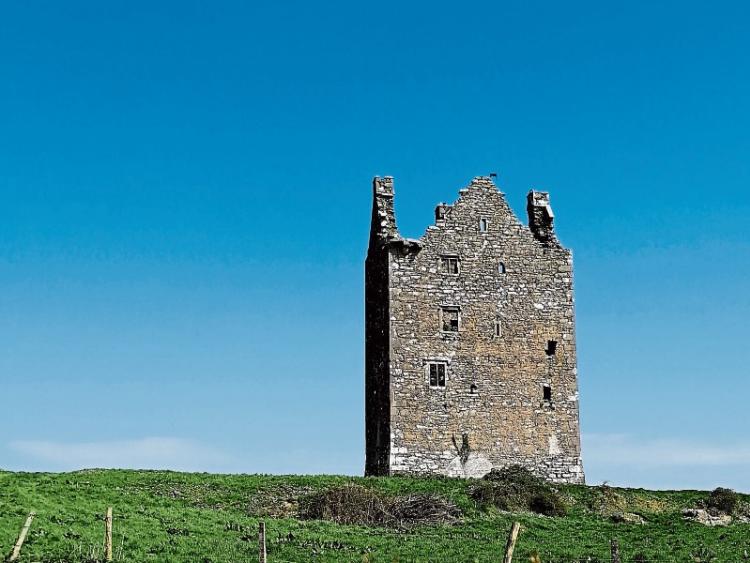 A delay due to the lockdown meant the summer was well advanced before I got an opportunity to complete a biodiversity survey of Oola village for the Tidy Towns committee.

Local knowledge is invaluable and the committee had suggested several locations for me to survey.

I started off at the quarry on the old road. The sun was beating down and all of the wildflowers had attracted several species of butterflies. Meadow browns and ringlets in the long grass. Speckled woods spiraled in the shade, while small tortoiseshells were basking in nettles in the sunshine. Other insect sightings included a wasp’s nest in the hollow frame of a gate, a green Shieldbug and a seven spot ladybird swept from the long grass.

Brambles left alone by the cows had developed in to thorny islands and these were protection for young rabbits and cover for recently fledged birds. The most dramatic visitor was a powerful raven and they probably nest on the steep cliffs of the quarry.

Next I met up with Peter who is chairperson of Oola Tidy Towns, to explore the graveyard and other locations in the village. We started off in the graveyard and the older ones can be very diverse when it comes to their natural inhabitants. The grass while well maintained is not fertilized and there are lots of species of flowers. We found the brightly coloured cinnabar moth and meadow brown butterfly. Red admirals butterflies were resting on nettles and small tortoiseshells were feeding on the flowers of sedums.

The railway line runs at the back of the graveyard and its bordering hedgerows and wildflowers base are a major habitat for birds, bats, insects and flowers. A pied wagtail was busy flying from the top of a headstone and snatching a few insects in the grass.

I took a quick peep over the wall as the garden next door. It is full of flowers and vegetables. A wildflower patch was full of bees, butterflies and ripening strawberries were protected by a net from hungry birds.

Next we crossed through John’s yard and farm machines of every description were awaiting his talented hands. The old railway station has been abandoned since the 1960s and the only migrants using it know are nesting swallows. The stonework is still as sturdy as the day it was built and they must have been powerful men to be able to lift huge blocks into position every day.

Peter is passionate about bee keeping and the committee has established nine hives throughout the village. He has three hives at his own house and the day before my survey he had caught a swarm who were happily settling in. They are spreading the important message of protecting pollinators by not using sprays and growing plenty of food plants throughout the community.

After I said goodbye to Peter I surveyed the hedgerow by Arbour vale housing estate. There were lots of interesting flowers and the wild cabbage had lots of seeds for birds. A garden escape “love in a mist” was equally as happy in the hedgerow as in a garden bed. Charms of goldfinches were feeding on the wild seeds and at the back of the community centre a swallow was taking a sip of water from a diminishing puddle.

My last stop was to do a kick sample in the local stream. This flows into the dead river and thanks to two gentleman, Paddy and Jimmy for allowing me access through the garden. Paddy told me that they called freshwater shrimp “sumra” and he heard this name when he was younger from the old people in the village.

The committee have a long village to take off and new volunteers are always welcome to help enhance Oola for people and wildlife.