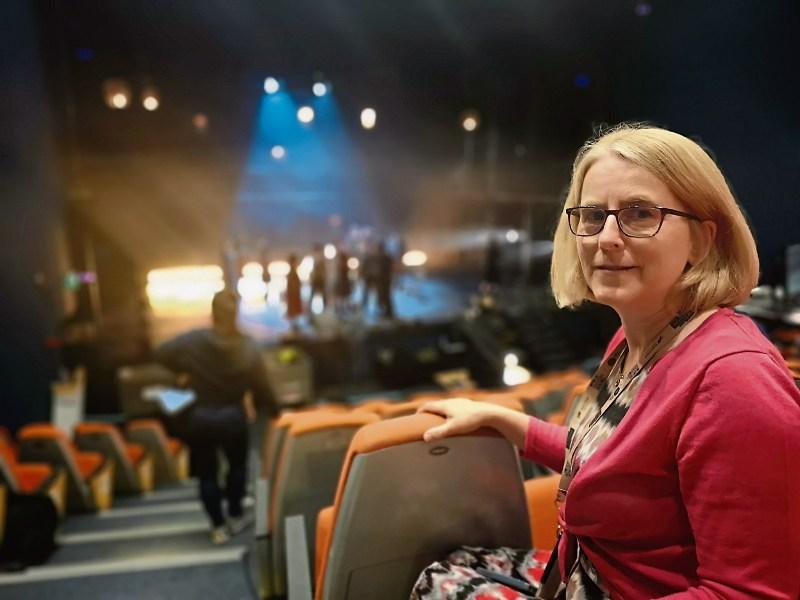 Louise Donlon, director of the Lime Tree Theatre and The Belltable is looking forward to welcoming audiences back to both venues after the lockdown

IF the two-metre social distancing rule is to continue, productions at local theatres will be “effectively unviable” according to the director of two of Limerick’s most popular venues.

Louise Donlon who is the director of The Lime Tree theatre at Mary Immaculate College and The Belltable on O’Connell Street in the city says that the two-metre rule will have huge implications for attendance figures  at both venues.

It would mean that in The Belltable, the maximum number of people permitted would be 37 and in The Lime Tree – which has 510 seats – they could only seat 80 people.

“At the box office to have 80 people in The Lime Tree or 37 people in The Belltable, it wouldn't necessarily even cover our costs, never mind the costs of the performer,” said Louise. “And performers of course will have to socially distance on stage as well. Where there are performances that we can do that, we are talking to people, even if it’s two metres, we will definitely be putting on work but the number will be vastly, vastly reduced.”

Despite the uncertainty, the show must go on.

.@BelltableLimk Hub will reopen on Mon, 20th July for artists to create, develop and rehearse in Limerick's city centre! https://t.co/a3dUc26wTj

The Belltable Hub - offices and rehearsal spaces - is first to reopen from Monday, July 20. This will provide space for local artists to create, develop and rehearse their work.  The Autumn 2020 season is planned to open with IFI@Belltable cinema screenings with social distancing in place from Monday, August 31.

“We are really excited about that. That will happen regardless of whether the social distancing is at two or one metres,” said Louise.

Limerick Ceramic Artists will open their exhibition in The Belltable on Tuesday, September 1.

While Louise says “it’s great to have an opening date” the whole process of getting ready and booking shows is difficult due to the uncertainty around social distancing rules. “There hasn’t been a guideline for theatres yet. They did say theatres could open on June 29 but it’s not as simple as opening a pub or a restaurant because the preparation for having a show on a particular night starts sometimes six months in advance and all the programmes we would have had in for June and July were cancelled a long time ago. It’s not a question of we’re back up and running we can put the show on again, it isn’t just as simple as that.”

But “there are plenty of positives,” says Louise as she looks ahead to the re-opening of the Lime Tree Theatre.

“We have something planned for the beginning of September which is still to be confirmed but we are very much hoping we are going to be open from early September.”

The lockdown, she says, “really showed how fundamental access to the arts and creativity is to everyone’s existence and good mental health”.

“We want people to be safe and to be comfortable and we are doing our best to make that a reality. This is a long game and hopefully in two or three years time Covid-19 will be an unhappy memory that we got through. We just need to get through this really big bump in the road and support from all our local audiences is going to keep us going.”