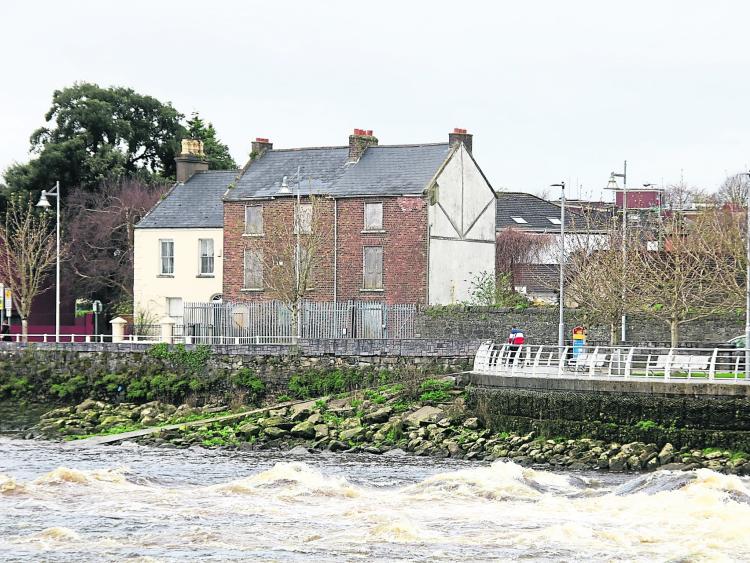 THE historic Curragower House is to be demolished revealed solicitor Michelle Hayes this Friday morning.

The red brick Georgian building is situated on Clancy Strand. There is a planning application to replace it with one living space, three apartments and a cafe before An Bord Pleanala.

Chair of An Taisce Limerick, John Logan said it is "integral to an historic streetscape".

Last year, then Green Party councillor and now TD, Brian Leddin saw a notice of motion passed to add Curragower House in Clancy’s Strand to the Register of Protected structures (RPS), which would stop any changes to the building.

But at the time, council bosses said they would only examine this possibility, despite members claiming it is in their gift to decide what buildings are protected.

This Friday morning, Ms Hayes, a Limerick solicitor, tweeted: "An Bord Pleanala overrules its own inspector's recommendation to refuse planning for demolition after a long protracted war of attrition. An Bord Pleanala said it is not a protected structure - we had called on the council in April 2019 to list it."

Cllr Elisa O'Donovan said she was "very disappointed with An Bord Pleanala's decision today when councillors requested this building be protected".

A recap of what went down before Christmas between @LimerickCouncil and myself in relation to Curragower House. Very disappointed with @anbordpleanala decision today when Councillors requested this building be protected @HayesLimerick https://t.co/yYmduoE91x

In a statement to the Leader this Friday afternoon, chair of An Taisce Limerick, John Logan said for the past two years they have campaigned for the conservation and reuse of this building.

"It is integral to an historic streetscape with a strong visual relationship with other parts of our heritage including the Treaty Stone, Thomond Bridge, St Munchin's Church, and the Castle. An Taisce believes that the building could have been given a sustainable new purpose, its value thereby enhanced.

"Unfortunately, those with the power to save Curragower House thought otherwise. Other historical buildings, equally appreciated by many citizens, continue to face the same fate and it is vital to join and support An Taisce Limerick in advocating to protect them before it is too late," said Mr Logan.