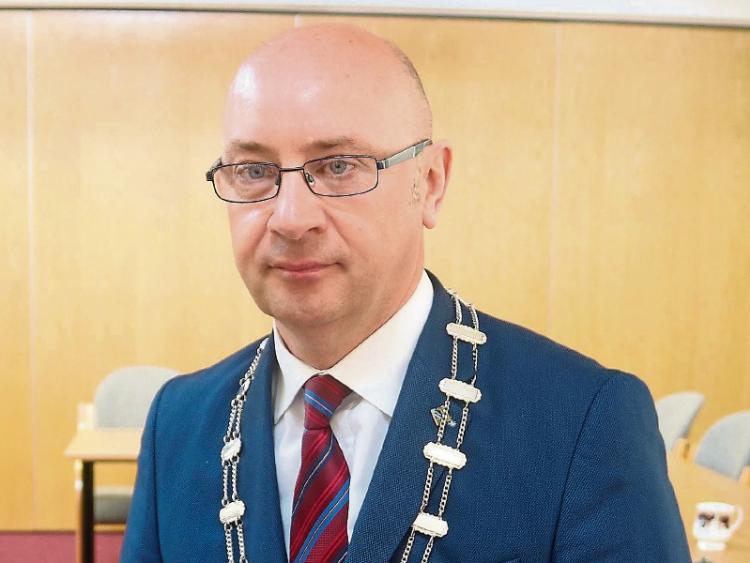 The Newcastle West man, an auctioneer by trade, secured the chain of office after winning 31 of the 39 votes available at the annual general meeting of the local authority. Cllr Kevin Sheahan was not present.

The ceremony was held at the Limerick Racecourse in order to ensure social distancing regulations were adhered to.

'One of the proudest days of my political career' Limerick’s new mayor, Newcastle West man @cllrmcollins receives the chain of office. #LimerickMayor pic.twitter.com/mrRlVXHX3B

His election comes as part of a Fianna Fail-Fine Gael power sharing pact.

There was also a nomination for Green Party councillor Sean Hartigan.

He beat off competition from Labour member Conor Sheehan.

The grand coalition deal is in place for five years, and will afford Fianna Fail two of the five mayoralties potentially on offer. Fine Gael will take the other two.

The main parties have divided up the roles on the basis of there being five mayor-making ceremonies.

However, following Limerick’s decision to ratify a directly elected mayor, an election for this role could take place as early as next year.