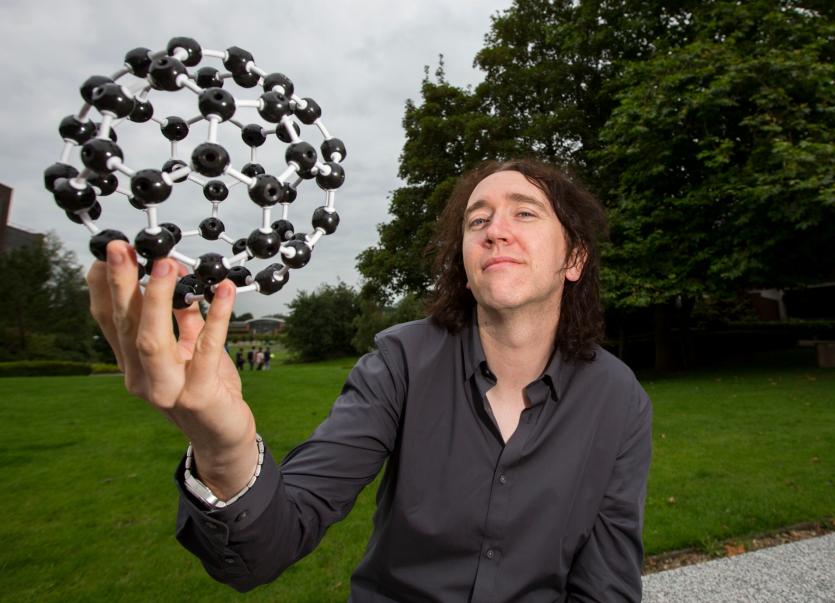 A TEAM at the University of Limerick has played a central role in the discovery of a new device that promises to end overheating in portable devices and prolong battery lifetimes.

The Materials Modelling Group, based in the Bernal Institute, working with an international team of researchers, have co-discovered a new type of molecular switch that could greatly reduce power consumption in electronic devices.

The finding has just been reported in the world-leading science journal Nature Materials and comes at a time when global consumer demand for ever lighter, more compact smartphones and tablets has never been higher – driving the discovery of new science and innovations at an astonishing pace.

Dr Thompson predicted, using computer modelling, that the organic material used in the device can “double job” by acting as both a switch and memory storage.

“The engineered device is just two nanometres thick and provides an exciting new paradigm for creating electrical circuits. It works by combining both diode switch and memory element within the same single circuit component, which gives dramatic improvement in power consumption. The new device could replace the larger and more energy hungry ‘one diode–one resistor’ architecture that connects a diode switch in series with a memory element,” he explained.

“Until now, molecular scale switches in electrical circuits were limited to just a single function and suffered from charge leakage, poor reproducibility and instability. The new dual-function switch removes these obstacles, by stabilising the molecule under the extremely high gigavolt-per-meter electric fields produced as charge flows through circuits,” added Dr Thompson.

This discovery of multiple functions all within a single molecule may help speed-up development of new technologies involving artificial synapses and neural networks.

The new molecular switch works by shuttling charged ions between the molecules and the device surface, in a manner analogous to voltage-gating ion channels evolved in cell biology, which is made possible by reversible, pairwise bonding of the molecules inside the device.

Following intensive rounds of atomic-scale measurements guided by quantum mechanical models, the researchers found the right combination of stability and switchability that yielded the resistive RAM properties within a layer just 2nm thick.

There are still challenges that need to be addressed to further advance these types of new nanotechnologies, explained Dr Thompson.

“Support from Science Foundation Ireland and the EU allows us to push forward our capabilities to the point where our designs are providing solutions to global challenges,” he said.

“Deciphering the underlying mechanisms of how smart materials work, gives us confidence to propose bold new device designs. As the scientific community continues to advance the field of predictive materials modelling, we are enabling new developments in artificial intelligence, environmental monitoring and biopharma that will improve lives,” Dr Thompson added.