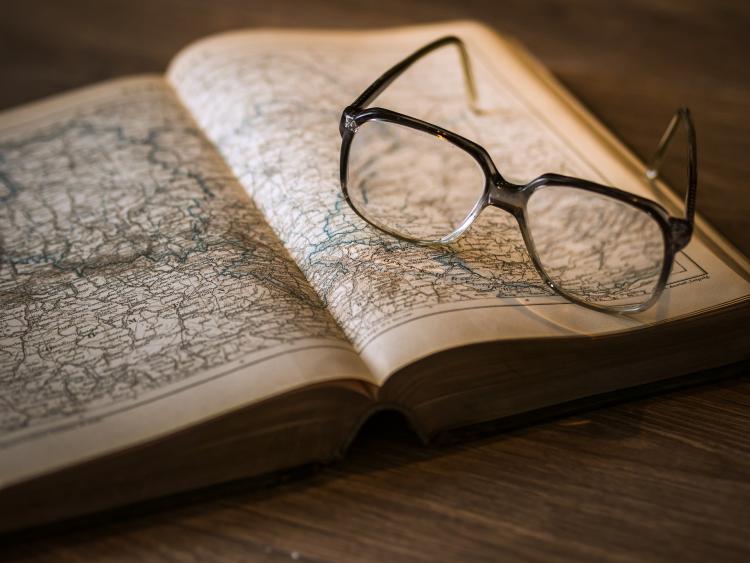 When the notes are completed and the sketch maps drawn, the information could be given to the local library. Librarians should be encouraged to open a file on local place names that could be added to over the years by successive generations of children and adults who take an interest in the subject. All the historical societies should get involved in their own areas as all this information will prove valuable to future generations. Most Irish place names can trace their origin to three languages Gaelic, English, and Viking/Norse.

Postal codes were introduced to Ireland going back several years ago to make deliveries to houses easier to find. Households are slowly becoming more aware of their importance, especially in times of emergencies. Limerick Council erected number signs at crossroads to make it easier to identify the maze of rural roads. The benefit of both are welcome, but I fear will harm the preservation of our place names, as numbers will now be used instead of words.

Many years ago, I collected the names of places of interest around my own locality so that they would not be lost. They included the Black Hill ( discovered in 1981) in Ballylin Ardagh the site of the largest hill fort in Munster. The Sandpit Carrigkerry was a venue for the travelling picture shows, circus, and carnivals. The Asses Glensharrold was a stream with a waterfall dividing two landowners. The League Kerrikyle, a place where the land league held meetings. The Mass Rock, Kerrikyle, a field containing a large rock where mass was said during the penal times.

Names of fields in the majority of cases will be similar in most farms around the countryside. The Black field got its name because it was surrounded by a Blackthorn hedge. The Pond field because part of it got waterlogged during the winter. The Sleeping field because it was well sheltered, and the horses were put in there each night to sleep and were easy to find the next morning.

The Sally meadows name came from the Sally and Willow trees that grew along the four ditches. The White meadows were situated near the bank of the White River. Powell Dubh (Black Hole) was a field inside in a hollow of ground. Gort Na gClock was so called because it was full of stones. The Glen was a field cut through higher land on both sides of it. Glaise field got its name because a small stream ran along one ditch. Cúilín was a three angled field, and Inch was a field sloping towards a river or stream.

Place names have a very wide relevance to our lives. They touch every aspect of our relationship to where we come from, where we live now and ultimately to who we are. Two very important aspects of cultural knowledge expected of people in bygone eras were: knowledge of one's genealogy and knowledge of place names. In a world of increasing alienation and loneliness, I think knowing who we are and where we come from are both very important ways to establish and hold onto our identity.

Each tiny piece of community history no matter how small, is vital to our understanding of the bigger picture; of knowing where we have come from for us to be aware of where we are going. The everyday happenings of the present times will inevitably become tomorrow's history. It is worth noting that everything of national importance started somewhere at local level.

I offer the following proposals which may be of benefit to people who are interested in collecting information around their locality. Each townland should be surveyed and mapped and the names of fields, wells, walls, rivers, streams, limekilns, crossroads, old house sites, and all places of interest recorded. A map of each parish could be produced, and all the place names shown and indexed. A booklet could be printed with all the townland information for different regions around the county. Townland signs could be put in place, and information boards erected in all villages. All the information collected to be forwarded to Library's and Tourist Boards to promote the places.

With the huge advancement in technology , it is also now very easy to record street and landscapes, people, events and happenings using simple audio, camcorders, and digital cameras. It is now quite easy to preserve images of old buildings, and examples of some of the local crafts, such as the blacksmith's gates, and the mason's walls and piers.

While these may be very familiar now, the time will come in an ever-changing landscape when they will have disappeared and future generations will have no idea that they ever existed, unless the images have been saved. The study of community history in the 21st century is vital due to life been much faster now, resulting in much more being forgotten in a shorter space of time. If all we have left is a memory, then we must wonder what will become of our identity when those memories fade.

Thanks to people who contacted me over the past two weeks about place names around their areas. It is great to know that many people are still very interested in their own local history.