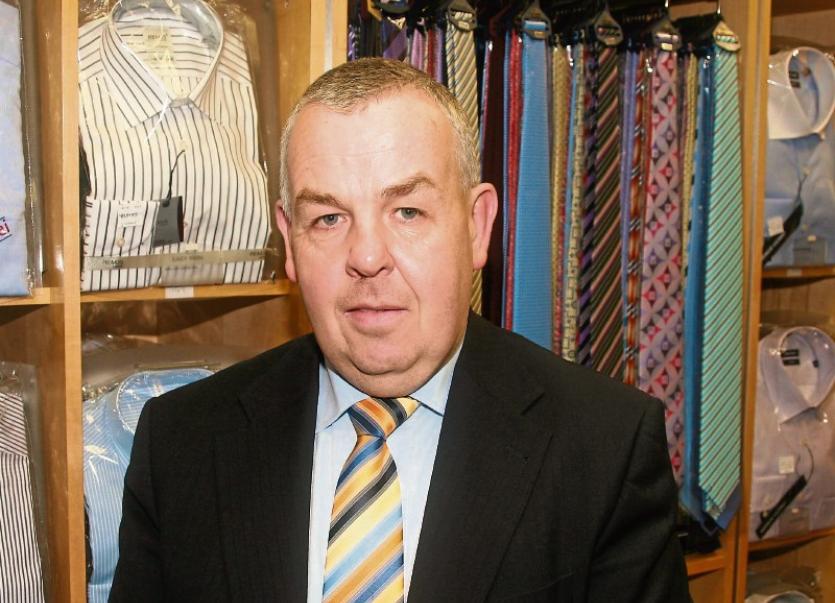 FURIOUS traders have said they may take legal action to stop the temporary pedestrianisation of city centre streets.

Plans unveiled by the local authority this week aimed at driving Limerick through the aftermath of the Covid-19 pandemic will see cars banned from thoroughfares including Catherine Street, Denmark Street and Nicholas Street.

But retailers are angry saying they were not consulted about the blueprint – codenamed Guiding Limerick through Covid-19 – with respected Catherine Street menswear store owner Mike O’Connell denouncing the strategy as “a scandal.”

Meanwhile, Paul Craughan of O’Connell’s Butchers, Little Catherine Street, is set to organise a meeting of local retailers to decide on how to react to the plans.

And the Limerick Civic Trust chief executive David O’Brien has also waded in, saying he hopes changes to the strategy will be done by the community, as a “bottom up rather than top down approach.”

Speaking to the Limerick Leader, Mr O'Connell said: “I would say us traders will have to make a legal stand on this. Go to the court. We cannot let this happen. The council needs to come out and tell us the truth, explain the reasoning.”

He expressed concern that if cars cannot access Catherine Street, they will not be able to park in the Limerick City Car Park, based in Anne Street. However, the Limerick Leader understands access will be maintained through other streets.

Mr O’Connell said while initial aims of a 300% increase in peddle bikes would ultimately still be a low amount, a 30% cut in cars would be devastating.

Mr Craughan confirmed he hopes to convene a meeting of neighbouring retailers in the week.

”We feel we haven’t been listened to, we’ve not been kept in the loop at all. This all happened without any consultation from us,” he said.

Mr O’Brien added: “It is our hope that, as well as the one-off tourist events and activations that already form part of the plan, the cultural and heritage organisations that exist throughout the city and county will receive supports to continue the work they do creating long lasting, sustainable and authentic activities engaging the citizen and visitor alike while providing a creative impact and a lasting legacy.”

A spokesperson for Limerick City and County Council described the plan as a “working document”.

“We are looking for the public’s views on he plans and we are calling for people to submit their views,” they added.

As well as the pedestrianisation of streets, the strategy provides for a cut in the speed limit to 25 kilometres per hour, as well as the erection of street furniture outside some restaurants. Night-markets and evening street performances are planned.