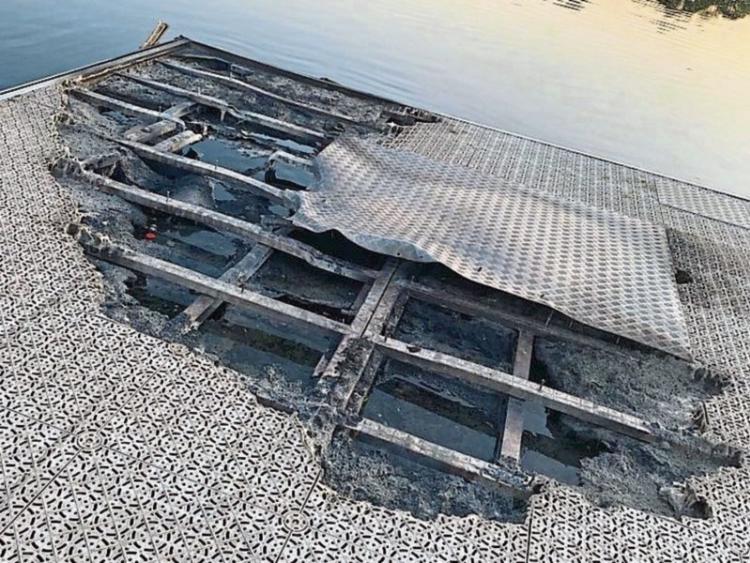 A GARDA investigation is underway after a floating pontoon at the University of Limerick was badly damaged after it was set on fire by vandals.

A spokesperson for UL has confirmed the incident, which occurred on Wednesday afternoon, was reported to gardai and that the area has since been secured.

A number of units of Limerick Fire and Rescue from Mulgrave Street attended the scene after the alarm was raised at around 2pm on Wednesday.

Because of the current public health restrictions, the UL campus is closed to the public including the pontoon and surrounding areas.

It’s understood a number of barriers were specifically put in place around the pontoon prior to Wednesday given its popularity and the recent good weather.

The incident has sparked outrage on social media – including from Dave Mahedy, the former director of sport and recreation at UL.

“That’s disgusting vandalism of a beautiful and peaceful facility  what goes on in some people’s minds,” he wrote on Twitter.

The pontoon is one of the loveliest places by UL. The amount of times I’ve tuned out down there for an hour or two, and some scumbags did THIS.
Beyond livid can’t people just be sound? pic.twitter.com/z7CwLeqDgD