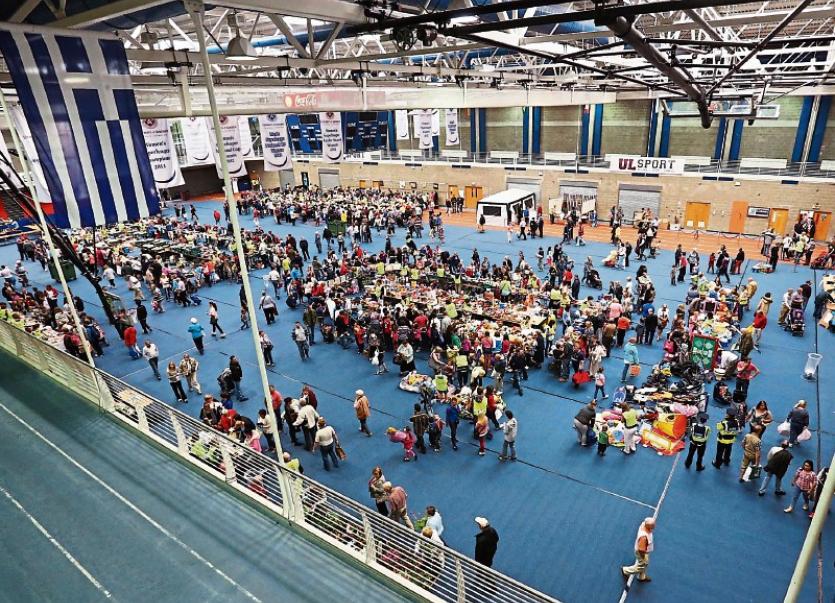 A CALL to action is being issued for healthcare workers ahead of the opening of a major intermediate care facility in the sports hall at the UL Arena which will potentially accommodate up to 164 patients who have contracted Covid-19.

It is anticipated that work on the facility, which will primarily be a step-down and rehabilitation facility, will begin within the next week to 10 days.

“We would be looking at dealing with patients who are in the recovery phase who have recovered maybe from a bad chest infection or may even have been on a ventilator in intensive care and are very weak and need to go to an area to rest and have focused rehabilitation,” explained Professor Paul Burke, chief academic officer, UL Hospitals Group, and the University of Limerick

A plan has been drawn up to accommodate anything up to 164 beds on the main floor space of the sports hall in the arena.

“Essentially it is a fairly basic layout of beds in what we would call the old traditional Nightingale wards - just a row of beds,” Prof Burke explained. “So you have a row of 10 beds and 10 beds opposite them and then those 10 beds are back-to-back with another 10 beds in another ward. So you would have a ward, if you like, of 20 beds. They will be set up partitioned.”

All the beds will have their own lockers and are to be positioned suitably apart so there is no risk of cross infection.

“They can all be constructed relatively quickly. The attraction of the arena is it already has the existing toilet facilities, shower facilities etc of a fairly significant number so we don’t have to supplement that to a huge level. We have to bring in additional wash hand basins and things like that but a lot of the rooms around the gym can be changed to function for the different functions that any ward would need to have.

The crucial and most challenging aspect, Prof Burke says is securing staff to work in the facility.

It is envisaged that a number of the patients could be post-ventilation patients who may require a significant amount of general build up, rehabilitation, physiotherapy and even some speech and language therapy if they have been on a ventilator for some time.

“When we set about planning this, it was St Patrick’s Day actually I think was the first day we went out to look at the area, the figures were predicting that by the end of the month.. the Taoiseach had said there would be 15,000 cases by the end of the month. So we are still working based on that model and although the numbers are lower, clearly the anticipation is that this is going to be a marathon and not a sprint and so we are still going to have numbers slowly building up on a continual basis.

“We are putting out a general call (for staff) and that’s gone out this week. We are looking at it I suppose long term as well particularly in relation to trained staff, that if we are able to get these people in now there will be jobs for these people down the line. We have the 60-bed unit which is obviously being built at the moment in UHL which is going to require staffing and there are other beds going up in UHL as well so there would be up to 80 new additional beds in UHL by the end of the autumn. So we will need staff for those even after the need for the intermediate care facility has passed.”

The hope is that staff with medical backgrounds would return from abroad .

“We are also obviously hoping to attract back as many of our own student nurses as possible because the directive from the Department of Health was that the universities should release all the health/science students from their clinical placements and allow them to apply for these healthcare assistant posts. They would obviously work alongside fully qualified nurses but if they are in their last year of training or second last year of training they would already be quite well orientated and skilled towards that so they would be working as healthcare assistants but with a strong nursing background so to speak.

“The university is obviously supported by the allied health, sciences faculty which obviously has the physiotherapists and speech and language therapists and dieticians there.