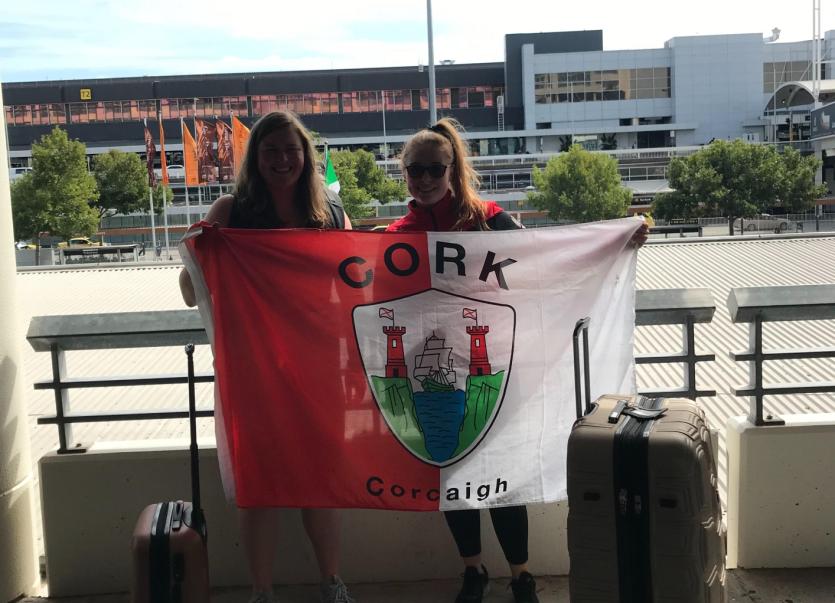 A FORMER nurse in University Hospital Limerick who wants to be On Call for Ireland can't get home from Melbourne.

Anita Jones worked in UHL as agency before she went to Australia 10 months ago.

"I booked a flight with my cousin Rebecca Jones, who is also a nurse and heading back to CUH, cutting her career break short.

“I resigned from my casual position in the hospital here and have a back up of agency nursing so I’m not as stuck as others but the work is very limited.

"All non-urgent procedures have been cancelled and we rely on regular staff going on holidays to pick up shifts which obviously they’re not doing in this crisis,” said Anita, who is from Kanturk. Her mother, from Dromcollogher, and all her family are very worried.

"I was due to land in to Dublin at 7am this Wednesday morning but they stopped all flights via Abu Dhabi for anyone who is not a citizen of the UAE. Currently there’s no viable commercial option to get home. So we are stranded for two weeks minimum.

“The only way we can get home and be of service at home is if the Government can put out a rescue flight. I haven’t seen my parents or my sister for the best part of a year, they are obviously very worried about my situation,” said Anita.

Anita and Rebcecca are pictured at Melbourne Airport before they flew home to answer Ireland's call. They thought it would be their last photo in Australia but then the flight was cancelled.

Deputy Niall Collins said the Government must act to repatriate Irish in Australia.

He has written to the Taoiseach and the Minister for Foreign Affairs asking them to outline the Government’s plan to repatriate Irish people living in Australia.

Deputy Collins called for a repatriation plan after a number of airlines announced that they are to cease flights out of Australia.

He said last week the HSE launched its On Call for Ireland appeal and thankfully it has been overwhelmed with applications from Irish people like Anita wanting to come home to work in the health service and help tackle the spread of the coronavirus.

"The applications have come from all over the world, with many Irish people in Australia signing up.

"However, many healthcare workers, as well as other Irish people wanting to return home, are finding it increasingly difficult to leave Australia as many of the main airlines are ceasing flights out of the country.

"I have been made aware of a number of cases of young people, whose visas are on the brink of running out who are now worried that they may not be able to get home and are worried about outstaying their visa and running out of money," said Deputy Collins.

These people don’t know how to get home, he said.

"People who had booked flights have had them cancelled and they are beginning to panic. I have written to the Taoiseach Leo Varadkar and to the Minister for Foreign Affairs Simon Coveney asking them what plan is in place to ensure that these people are repatriated home, and not left stranded in Australia.

"I believe we have a duty to these Irish citizens, particularly when so many of them were responding to an initiative to improve the country’s ability to contain Covid-19. We must ensure that these people can make their way home safely", concluded Deputy Collins.