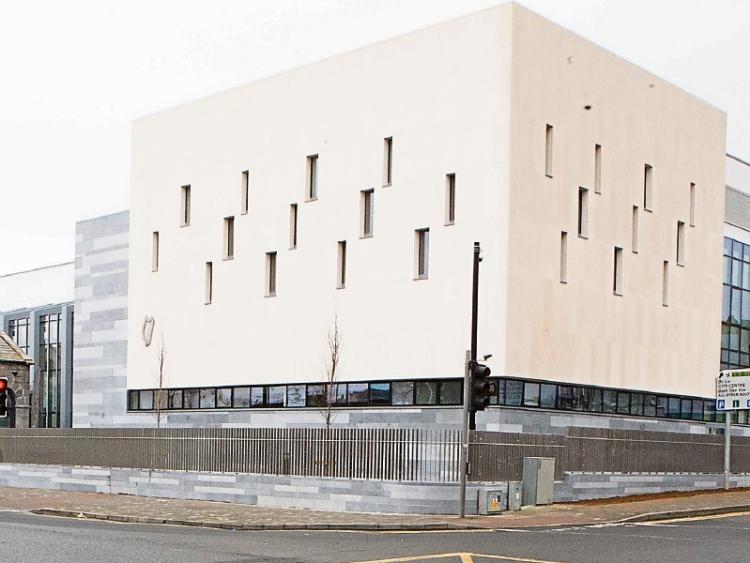 Reporter, Donal O’Regan describes what a day in court was like this week

A SURREAL day in Limerick Courthouse began with an application for the transfer of a pub licence and ended with a defendant telling the judge he liked the colour of her hair.

Monday morning in the modern Mulgrave Street building is normally teeming with people but this week it was eerily quiet. This is law and order during the coronavirus crisis.

My footsteps echoed as I climbed the stairs. Gardai were vetting those going in to court number six. It was like a queue for a nightclub albeit with a two metre gap between patrons. Only people before the court were being left in.

The female garda politely asked a man to wait outside because he was accompanying his partner during her matter. My turn. “I’m a reporter with the Limerick Leader,” I mumbled.

“Do you have ID?” she asked. Believe it or not I have never been asked for identification before in almost 15 years in this game. I never bothered getting a National Union of Journalists card.

“No,” I said. I had a flashback of being a 17-year-old trying to get into The Venue in Charleville many moons ago.

“Who is the normal court reporter?” asked the garda.

I knew this one - David Hurley, I said. It was like being ushered into the VIP section of a club after dropping a celebrity’s name. Thanks Dave.

Once inside people were dotted around the courtroom like pieces in a bad game of chess. I took my place on an empty bench.

Prison officers weren’t as lucky as they had to keep bringing defendants in and out of the cells. Gardai too had close contact with members of the public as they were handed insurance documentation and the like, and answered queries.

Solicitors couldn’t obey the two metre distance rule either as they had to take private instructions from clients. You can’t really shout “I’m guilty as sin but do your best for me” in a courtroom.

“Going forward all non-urgent matters will be adjourned. Keep your distance from each other. When your business finishes please leave the room

“We’re in unchartered waters. We will take it as it comes. We will do our best to work together,” said Judge O’Leary.

The first case was a successful application for the transfer of a pub licence.

“It’s not a great time to be starting,” said Judge O’Leary, who wished them well in the future.

Sergeant Sean Murray asked for dozens of adjournments. “Similar application,” he uttered again and again. The court clerk put some back to July and others as far out as September. Let’s hope for all our sakes - if not for the defendants - that they do go ahead in July.

At one point there were three men in the dock together.

“Please separate these three people for health reasons,” said Judge O’Leary. It was a reminder of the times we live in.

At this point I had an overwhelming surge to sneeze. Through sheer willpower I suppressed it. I felt like an alarm would have gone off if I did sneeze. Even being held in contempt, perhaps.

One man was up for picking up a crutch and striking the security glass in a part of University Hospital Limerick on March 3. His solicitor said he was brought to hospital due to his deteriorating mental health. They added that the man has a history of alcohol and drug misuse, had recently been made homeless and his partner was pregnant.

“He apologises to the hospital staff and gardai. His mental health was in such a bad state he wasn’t aware what he was doing,” said the solicitor.

Judge O’Leary said this is the “last thing the hospital needs” before fining him €300.

A number of lengthy bail applications meant the sitting went on until after 3pm.

By the time the last case was called it was just the judge, court clerk, gardai, prison officers, the defendant, his solicitor and this reporter.

The strange day ended when the defendant told the judge, “I like the colour of your hair”.

“Thank you,” smiled a startled Judge O’Leary as she wished a Happy St Patrick’s Day to one and all.

Under very stressful conditions and at a very trying time - the judge, court clerk, gardai, prison staff and solicitors got on with business professionally, efficiently and cordially. If only we could lock up Covid-19.