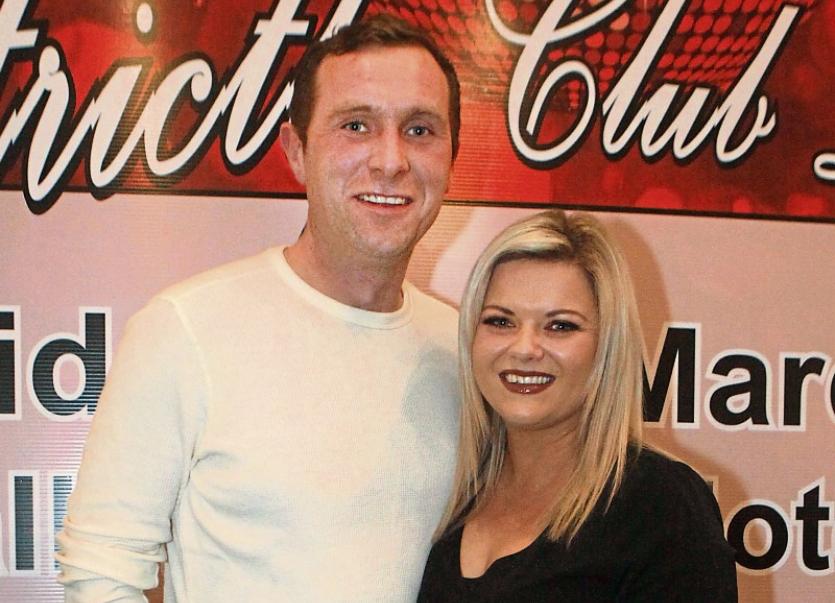 Conor and Laura Ryan at the launch

OOLA GAA’s Strictly Club Dancing night has been such a success that they could have put on two nights!

But it is one night only – this Friday, March 13 at 8pm in the Ballykisteen Hotel. Chairperson of the organising committee, Treasa Ryan said they will follow all HSE guidelines and there will be copious hand sanitisers for attendees.

“It’s sold out. We have 912 tickets and they are all gone. We originally only got 700 but to the demand we were able to get more. We didn’t even put them in to shops or the pubs – they were sold by the committee and dancers.

“We were joking that it is like the All-Ireland final and when the tickets go back to the clubs some might become available. We could have done two nights,” said Treasa.

If you are interested in going please contact one of the committee members in case some people can’t go and tickets become available.

“Everyone is talking about it. We don’t know what we are going to do next week. We had a full rehearsal. It was the first night they all came together and it was brilliant. It starts at 8pm and we have DJ Willie Bunn afterwards,” said Treasa, who is Oola GAA’s mental health and wellbeing officer.

Sixteen couples, ranging in age from 16 to 60s, will strut their stuff. They are drawn from Gaelic for Mothers and Others, underage teams, senior men and ladies.

“I don’t think if we hand picked them we could have picked a nicer group,” said Treasa.

Oola GAA Strictly Club Dancing is sponsored by Heart ER which is owned by John and Kathy Conroy, uncle and aunt of Oola’s most famous son, Darragh O’Donovan.

Treasa said they are continuing the community spirit that was sparked by Oola GAA’s journey to the county final last year.

“The atmosphere and spirit was brilliant. Now we felt the time was right to do this,” said Treasa. And judging by the buzz in the parish it will be a night to remember.