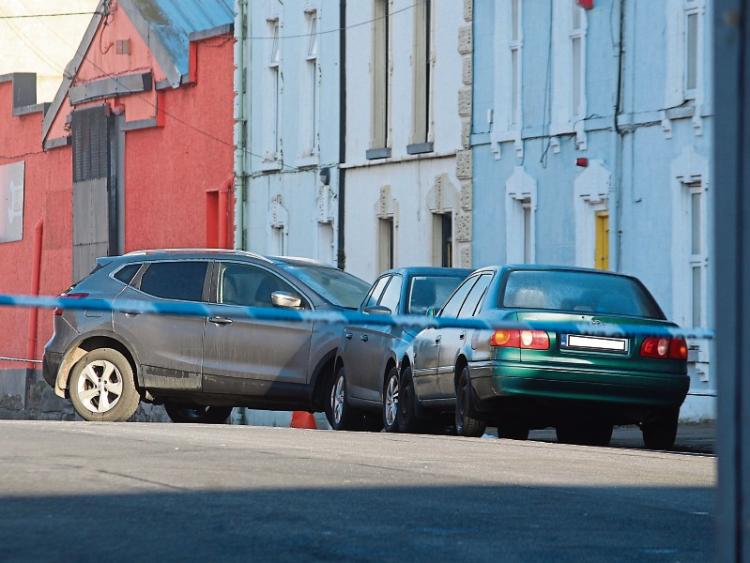 The scene of the crash on O'Curry Street

INVESTIGATIONS are continuing following a fatal road accident which occurred at O’Curry Street in the city centre last week.

An elderly man, who has been named locally as Gerard Aylmer from The Commons, Ballingarry, died at University Hospital Limerick a short time after the vehicle he was driving was in collision with a number of other vehicles and a wall.

The stationary vehicles were unoccupied at the time and nobody else was injured in the incident which occurred at around 9.40pm last Wednesday.

Mr Aylmer received medical treatment at the scene before he was transferred by ambulance to University Hospital Limerick where he later died.

One possibility which is being investigated by gardai is that he suffered some sort of medical episode prior to the impact.

A post mortem examination was carried out at UHL the day after the collision and a file will be prepared by investigating gardai for the coroner, John McNamara, who will open an inquest into Mr Aylmer’s death later in the year.

The scene of last week’s collision was forensically examined by specially-trained collision investigators and gardai are appealing to any road users, particularly those who may have dashcam footage, to contact them.

CCTV footage from the area has also been obtained by investigating gardai who have also spoken to people living in the area.

Mr Aylmer, who was aged in his 60s, was the only occupant of the SUV car which will be technically examined as part of the garda investigation. His funeral Mass took place at The Church of The Immaculate Conception in Ballingarry on Saturday morning. He was buried afterwards in the local cemetery.

Gardai attached to Henry Street station are investigating all of the circumstances surrounding the collision and can be contacted at (061) 212400.