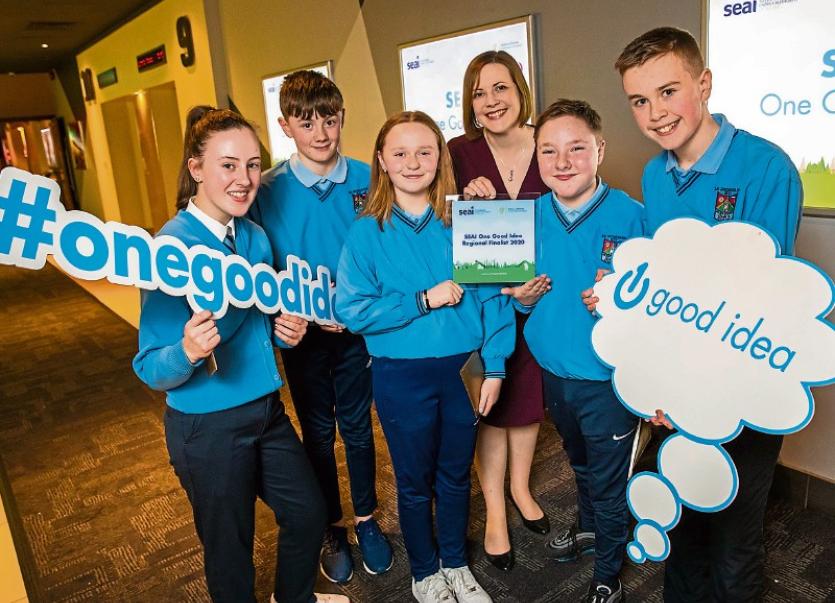 WHEN it comes to climate action, children’s voices matter too. That is the strong message from a group of sixth class pupils at Dromtrasna NS who now hope to take their message on to a national forum.

The competition is designed to encourage students, their families and communities to take individual and collective responsibility for tackling climate change.

And the Dromtrasna pupils took up the challenge with gusto. “They are very passionate about it,” their class teacher Aileen O’Connor said this week, following their win at the regional final in Limerick.

When the children  looked at the government’s plan on climate change, she explained,  they felt the information it contained could not easily or readily understood by children.

Their One Good  Idea, Ms O’Connor continued, was to create a link to child-friendly information on climate change on the government’s own website. They called it a Youth Portal. “What they were saying is that Children’s Voices Matter Too and they need to know they can make a difference.”

As part of the competition, they had to create a one -minute film to explain their idea and this was shown on the big screen at the Limerick Omniplex last week. They also had to make a three-minute power point presentation and take questions from the judges.

“They handled it really well,” Ms O’Connor said. “I was delighted for them.” They got encouragement for Minister Patrick O’Donovan, responsible from e-government.