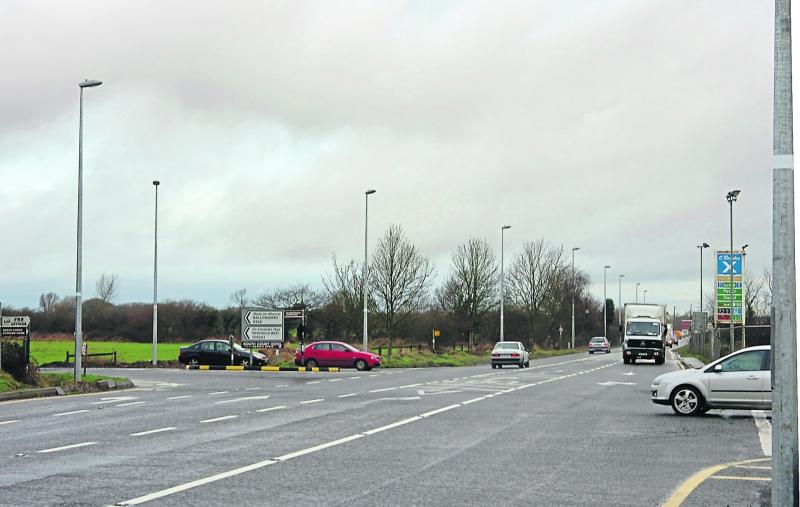 THE COUNCIL has made a compulsory purchase order to  acquire land and extinguish rights of way necessary to develop the N20 O’Rourke’s Cross road improvement scheme.

A list of all the lands to be permanently acquired was part of the statutory notice in last week’s Limerick Leader.

Bruree landowners / lessees / occupiers issued with notices can make objections to the compulsory acquisition of land and extinguishment of private rights of way that affect them to An Bord Pleanála. Closing date is Friday, April 24.

This is a big step in the controversial project’s journey. Back in October 2017, engineers from the Mid-West National Road Design Office unveiled their plan to the then local councillors in the Cappamore-Kilmallock area. It was for a four leg roundabout. The meeting heard that if all goes to plan it could be in situ by 2019/2020.

Councillors expressed reservations about a four leg roundabout. Cllr Mike Donegan “strongly recommended” that serious consideration be given to adding a fifth arm to the roundabout to go directly into the filling station, and relocating both bus stops to the parking area.

In 2018, the councillors said a “gun was put to their heads” to vote for a four-legged roundabout at O’Rourke’s Cross in 2017. All seven said they wanted a five-legged roundabout with a dedicated entry to the petrol station.

They called a rare special meeting with Conn Murray, then Limerick Council CEO, in October 2018. They asked Mr Murray to use his executive power to rescind their decision to proceed with a four leg roundabout. Mr Murray said it is a matter of road safety and their original decision was the correct one.

Last October, polar opposite legal advice on behalf of the council and Cllr Ger Mitchell was read out at a municipal meeting.

In welcoming the CPO, Minister for State Patrick O’Donovan said it is “long overdue”.

“They need to show the road users of the locality, as well as the road users who use it on a regular basis, that this project is going ahead because there was a lot of doubt in people’s minds.

“I have been engaged with the council over a long period of time to try and make sure that it happened. I have had umpteen people on a regular basis contact me because they are very concerned over the state of the junction. You are taking your life in your own hands trying to cross the road,” said Minister O’Donovan.

He says he doesn’t think it is “appropriate for us as local representatives to be commenting on the design or the engineering works to that extent when it comes to road safety”.

“We can comment on design for other issues but for road safety I think we have to really defer to the experience of the engineers that have come up with a design. At the end of the day my primary concern here is for the safety of people using that junction. It is probably the busiest junction in County Limerick outside of the city. It carries a massive volume of traffic.

“This is an important stage but ultimately what people are looking to now is diggers on the ground to see the actual construction phase starting,” said Minister O’Donovan.

Deputy Niall Collins agrees with councillors as he said: “The TII and the council should accommodate an established existing business by providing a five leg roundabout.”

He says they are not uncommon in Limerick and other parts of the country.

“I am at a loss to understand why the design engineers did not incorporate a direct entrance to the filling station in the original design. There is a five leg roundabout at Northern Trust in Ballysimon; at the cement factory in Mungret; Rosbrien off the motorway – there are numerous examples,” said Deputy Collins.