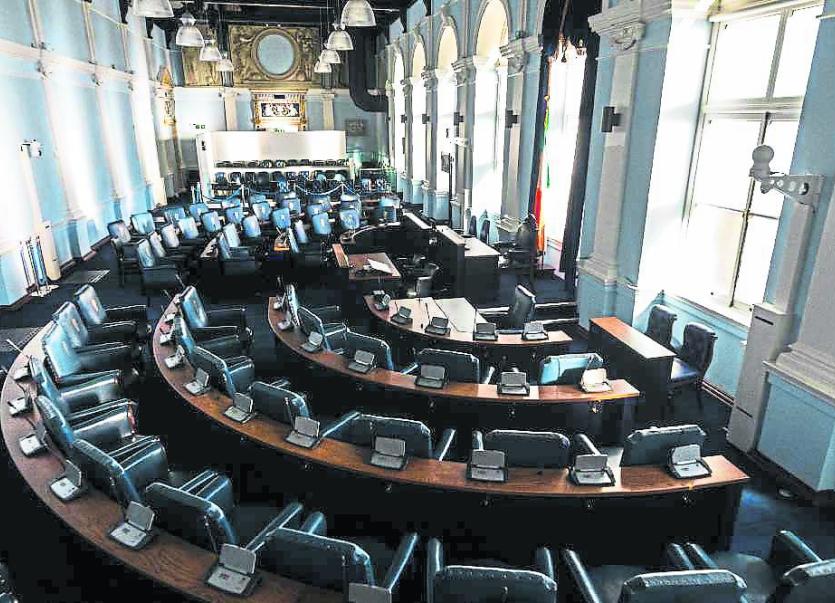 THREE Limerick politicians are now clocking up the miles in earnest, chasing down votes for Senate seats.  The three who have secured their nominations and are in the contest are outgoing Fine Gael TD Tom Neville along with outgoing senators, Paul Gavan of Sinn Féin and Maria Byrne of Fine Gael.

Tom Neville secured one of Fine Gael’s 13 party nominations and is contesting the Culture and Education panel where 20 candidates are chasing five seats. There he is up against a number of outgoing TDs, including Fianna Fáil’s front runner Lisa Chambers, Malcolm Byrne from Wexford who won in the by-election last year but was ousted in the general election as well as environmentalist  Saoirse McHugh, the Green Party’s candidate from Achill Island.

Tom took acting lessons when he spent a number of years in Australia and has a keen interest in film, having acted in a number of independent short films, one of which The Colour of Forgiveness was shown on transatlantic Aer Lingus flights.

He also believes that the arts in general have a role to play in supporting mental wellbeing and in developing communities and social cohesion.

Paul Gavan of Sinn Féin has been nominated by the Irish Congress of Trades Unions but also by his party and is contesting the Labour panel which has 11 seats. With 19 candidates in the contest, this former Siptu official is facing off against a number of other trade union activists, among them Martina Harkin-Kelly, president Irish Nurses and Midwives Association and Michael Smyth, a senior vice-president of the Fórsa trade union. Outgoing Fianna Fáil senator Ned O’Sullivan from Listowel is also contesting this panel.

Senator Gavan is confident, given the number of Sinn Féin councillors, new TDs and outgoing senators that they can win five or possibly seven of the 43 panel seats.

With 21 years of political representation under her belt, as councillor, Mayor and senator, outgoing Senator Maria Byrne was one of the first to hit the canvass trail. She accepted a nomination from a recognised outside Nominating Body and is contesting the Agricultural Panel, the same as in  2016 when she won one of the 11 seats.

The Agricultural Panel is one of the most highly contested panels with 26 candidates chasing the 11 seats. The candidates include nine outgoing senators, six outgoing TDs and former MEP Lynn Boylan of Sinn Féin.

Meanwhile, Labour’s City North councillor Conor Sheehan missed out on a party nomination for the agricultural panel. In an article in Monday’s Limerick Leader, Cllr Sheehan criticised the decision , and pointed out it now means Labour has no Seanad candidates from outside the greater Dublin area.

“I think in many ways this would tell you about some of the issues we have in Labour. We need to sort ourselves out, if we are to be a party outside the Pale. The Labour party badly needs to change, or it will die.

“It’s not seen as being particularly relevant to young, working people. We all have a role in bringing that change about,” said the 26-year-old.

Until the last general election, Labour has had a presence in the Dail in Limerick for the last 98 years – and it was on this basis, Cllr Sheehan felt he should be considered.

”Geography is important in politics, and I think the Labour party needs to show it’s about more than just Dublin. The whole idea of appointing Senators in my view is that you appoint them to constituencies where they can seriously challenge for Dail seats in the next general election. We felt we were in a unique position in Limerick,” he said.

Former Sinn Féin councillor Séighin O’Ceallaigh, who narrowly missed out on the third Dáil  seat in the Limerick County constituency, was also unsuccessful in getting his party’s nomination. He had hoped to be nominated for the Agriculture Panel  for the Culture and Education Panel. He was, he said, a bit disappointed, “I knew it would be a tough selection process, due to poor numbers from the local elections. It limited how many candidates we could stand. We are running seven, the same as in 2016 and it will come down very much to transfers.”

However, he stressed: “I am by no means ruling myself out of politics. It depends when there is another election. I would have no problem putting my name forward for Co Limerick again and hopefully, with a few more votes, we may return a TD for Sinn Fein in the county. “

In addition to the Agriculture, Labour and Culture and Education panels, there is also an Industrial and Commercial panel with nine seats as well as an Administrative Panel with seven seats, making a total of 43 panel seats. There are also three NUI seats and three TCD seats as well as 11 senators who will be nominated by the new Taoiseach. The Senate has 60 seats.

Voting papers go out on March 16 and the counts take place on March 30 and 31.