Against the Odds: The Salesian Sisters’ story of education in Limerick 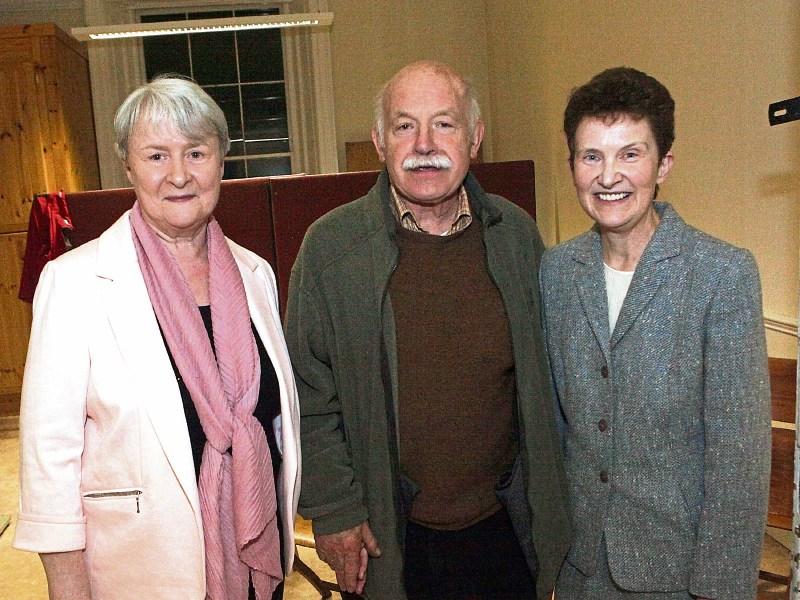 A HUNDRED years ago, a religious order that would help define the education of a city, first set foot in Limerick city.

Now a book has been launched that celebrates the centenary the 100th anniversary of the arrival of the Salesian Sisters in Ireland.

Against The Odds, launched on Friday, February 27 details the history of the foundation of the Salesian Sisters in Ireland, as well as the humble beginnings of what has led to one hundred years of educational and community service.

The launch took place in Halla Ide - the first house and teaching venue the Salesian Sisters established in 1920.

“It was never intended to be a book,” explains Sr Sarah O’Rourke, one of the book's authors.

“The writing started off as personal interest or a hobby by Sr  Noelle Costello, who was born in Limerick and attended the Salesian School in Fernbank before joining the order. She did a lot of work by translating letters and registers and spoke to some of the original pupils and one of the pioneering Sisters. Approaching the Centenary year of the foundation in Ireland seemed to be an opportune occasion to look again at Noelle’s collection and develop it further.

“Then when we looked at the primary sources, we felt that the social and the political context of Limerick was missing,” she added, “so we invited Dr Sinéad McCoole, who happens to also be a past pupil, to come on board.”

Dr McCoole is a specialist in the field of Irish women’s history and is a Member of the Irish Government’s Advisory Group on the Decade of Commemorations.

The Salesian Sisters arrived in Limerick in the throes of the War of Independence but as Sr Sarah pointed out: “We found the sisters, even in the chronicles or whatever they were writing, alluded to the political disturbance, but they didn't go into much detail about it.”

“I think the key thing which was highlighted for me is that the sisters actually started a foundation in a warzone,” Sr Sarah added, “I'm not sure that until now we fully appreciated the risks and the courage it took on the part of those pioneers.  As well as facing war and hardship, they experienced opposition from other religious orders in trying to develop their work in education.  However ‘Against The Odds’ they laid a foundation which was to grow and flourish not only in Limerick but in other parts of Ireland.”

Sr Sarah said that the book, which is more than two and a half years in the making, was an opportunity for her to make personal connections with her past and the history of the order. “I think the letters speak to me, because they are a summary of the hopes and struggles around the foundation. I have just great admiration for the significant people who were determined to bring and welcome the Salesian Sisters to Ireland.

“We weren't possessive of the material,” she said, “we haven't put any names on the cover, the reason being is that at different times we wore the hat of researcher, author and editor.”

“They're standalone chapters,” Sr Sarah adds, “but at the same time, if any of those chapters were missing, there’d be a strand of the book missing as well. We are also very grateful to Alan Hayes of Arlen House who made the final phase of publication so much easier for us with his meticulous care coupled with a relaxed attitude,” it was added.